Microsoft’s Surface Duo likely to have a rival from Samsung 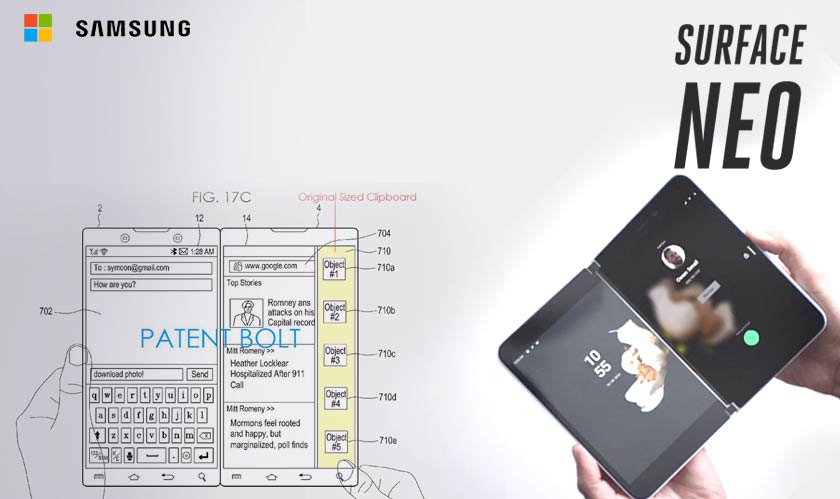 Microsoft announced its foldable phones a couple of months back during its conference and recently LG launched its LG G8X Thinq Dual Screen phone. Now, Samsung is prepping for the race as it won the patent for a dual display.

Samsung filed for the patent in 2013 but got it granted recently which is fine timing as Microsoft intends to reveal its dual-screen mobiles soon in 2020. The device in the patent looks like a single device and not a phone with a case that would’ve seemed crazy in 2013 but looks fine now especially with LG’s release.

Samsung is basically laying the foundation and covering its legal bases. If the Korean giant decides to roll out the device, Microsoft will have a hard time with its Surface Duo phones as Samsung’s ‘One UI’ is better equipped to deal with multiple screens and its Wacom-powered S Pen which is compatible with mobile devices. Meanwhile, Microsoft is struggling with its N-Trig which isn’t compatible with Android yet.

Microsoft also grabbed a similar dual-screen device patent last month but it is slightly different from Samsung’s idea which will avoid unwanted patent disputes. Also, Microsoft’s patent isn’t aimed specifically at the smartphones and thus it can also be used for Windows 10X Surface Neo.