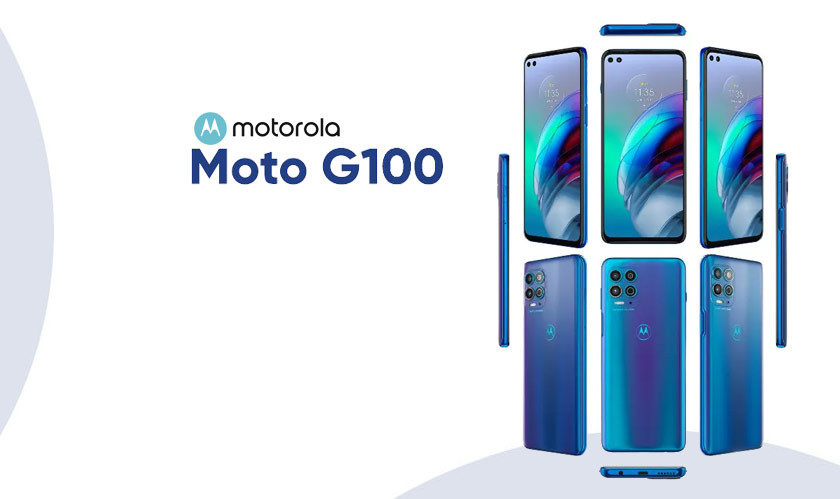 According to Evan, the Moto G100 will have a 6.7-inch display. Even though the display is AMOLED, the smartphone will have a side-mounted fingerprint scanner. It alsohas two punch-hole cameras at the top left of the screen for two front-facing cameras, a 16MP unit and an 8MP unit. The Moto G100 will be powered by the newly launched Qualcomm Snapdragon 870 SoC, which is a flagship-grade chipset. It will combine with 12GB of RAM and 256GB storage for the highest variant. The phone's rear houses a quad-camera setup with 64MP, 16MP, 2MP cameras, and a 3DToF sensor.

Evan has also said, that the phone will have a 5,000mAh battery and 20W fast charging. Interestingly, the phone will come with a HDMI cradle allowing the phone to connect to an external display for PC- like experience. A Spanish retail website had listed the Motorola Moto G100 price at EUR 479.77,approx $570. The leaked variant is shown in blue, dubbed as Iridescent Ocean, while there is also a rumor of a silver variant.