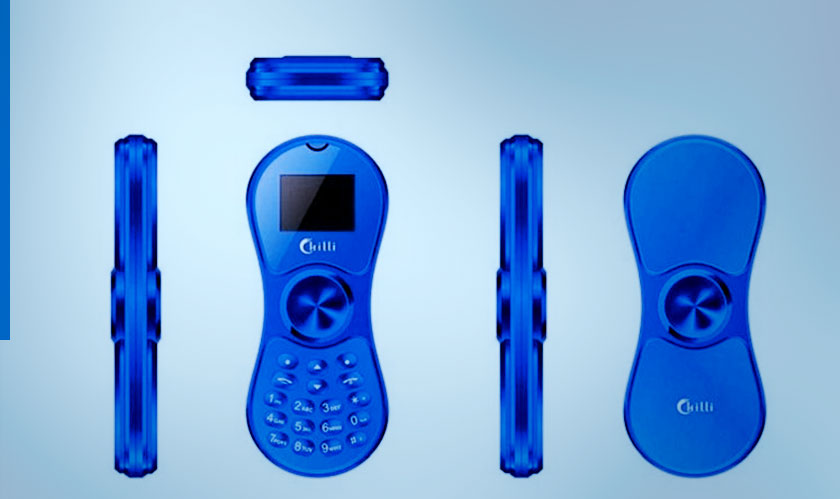 Basically why was Fidget spinner introduced? It will help people with psychological stress and aids people relieve from nervous energy. It also saves people who are troubled from neurogical disorders like: ADHD and autism and also anxiety.

Made by Hong Kong-based Chilli International, the fidget phone has been around for a while. We saw it on Reddit this week, but PhoneRadar had a hands-on with the device back in September. The handset has a 1.4-inch screen, comes in six colors, and features a tiny 32MB of internal memory (though you can expand that up to 8GB with an SD card). It’s an extremely basic phone though, with no apps. Although it does have a web browser and Bluetooth. Its $20 and currently only being sold in India, though there are other versions of fidget spinner phones floating around on Amazon.

Fidget spinners basically helps you get out of stress so, are you stressed of any call with your parents? May be spinning a phone can help you which is well worth $20.