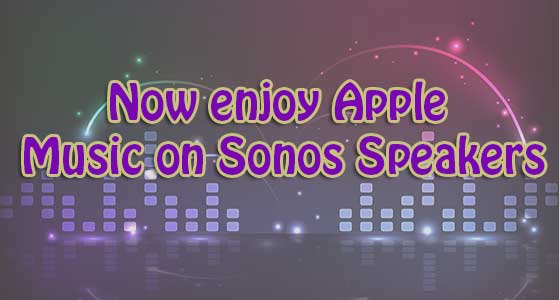 It took some time but Apple  Music is finally coming to Sonos’ well-loved WiFi-connected speakers on December 15 in a public beta program, the two companies announced on Monday where general availability will start in early 2016.

Sonos’ WiFi-connected speakers offer a large number of other streaming music services to choose from through the company’s app. With the Apple Music integration, Sonos users will be able to access Apple Music features “For You,” “New,” “Radio” and “My Music.”

This will be Apple’s first integration into third-party hardware for its music streaming service. It took a while for these two companies to work out the pairing. It’s clear that Apple has some interest in working with Sonos, the company has become the biggest name in connected audio. The Santa Barbara-based company launched 13 years ago and will reach around $1 billion in sales this year.

“Many of our members love Sonos and want to enjoy our service throughout their homes,” said Apple senior vice president Eddy Cue in a statement. “We’re thrilled to be working with Sonos to provide the Apple Music experience in even more places fans enjoy music.”

Apple is also a very important company to Sonos: with the launch of the Sonos’ iPhone app, sales boomed and the company no longer had to release a separate controller for the speaker. “The advent of the iPhone was one of the biggest changes in Sonos’ history,” Whitten said. “We moved away from making controllers to making apps that users love.”Apple Music launched in July and has so far racked up 6.5 million paying customers and an additional 8.5 million users who on a three-month free trial, according to comments made by Apple CEO Tim Cook at a conference appearance last month. Spotify still dwarfs Apple Music with 20 million paying users and 75 million total users.

“The introduction of Apple Music marks an inflection point for streaming and its mass adoption,” said Sonos CEO John MacFarlane in a statement. “Now that we have access to virtually all the music on Earth, how music lovers listen to it is even more important. We are honored to bring Apple Music to Sonos listeners all over the world.”