Make way for the Razer Phone 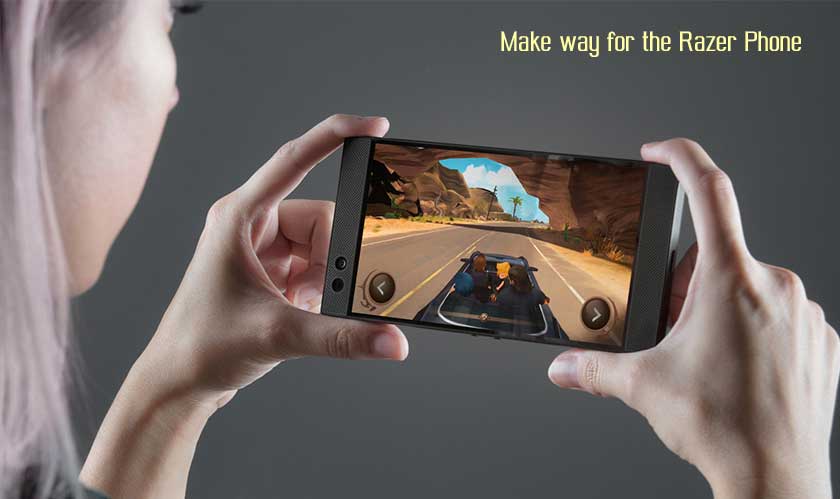 The Razer Phone is here and it’s making heads turn, especially if you’re a gamer. The Razer Company announced the launch of the device at an event in London. Being a company that is focused mainly on gaming, the phone too is based out mainly for gamers. Here’s a look at all the specifics of the new phone.

The phone comes with Qualcomm’s ultra-speedy Snapdragon 835 chip which is the same one in Pixel 2 and Galaxy S8. And as rumors claimed, the phone has an 8GB RAM and 64GB of internal storage. Additional microSD slot for expansion is also available. The Razer phone has dual 12-megapixel cameras on the rear that comes with different levels of optical zoom. One is for wide angle and another is for telephoto. There is also an 8-megapixel camera on the front.

But here’s the thing. There’s no 3.5mm jack here and is hitting an unstoppable trend at this point! To this, the company said that it needed that space for the battery and the speakers. On the upside, there’s a THX certified 3.5mm to USB-C DAC adapter in the box.  Well, if you’re a hard-core gamer, then this is the go-to phone. The phone is priced at $699 at launch. Pre-orders should go live shortly, and it’ll ship in North America and Europe on November 17th.