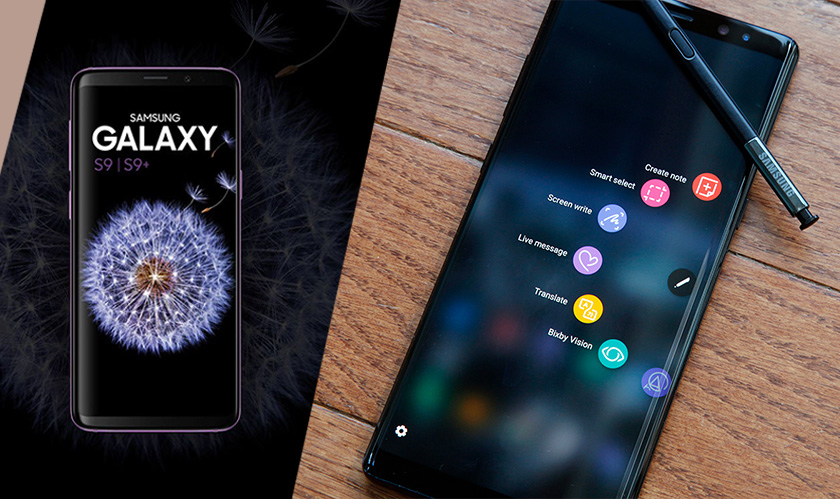 Samsung unveils the Galaxy Note 9, the smartphone with the best specs ever. The pen that separates it from other Android devices, the S Pen stylus, now comes with more tricks than ever before. A huge battery (4000 mAh) and a larger screen size (6.3-inch display) are its other major attractions.

The S Pen is not just a mere note-taking accessory anymore, because, this time the stylus is heavily upgraded with the Bluetooth Low energy which turns the Pen into a full-fledged remote control as well, for your device. For example, it can be used to operate the camera, or as a presentation remote and it can be even customized to launch any app users want.

Samsung cleverly designs the S Pen with super-capacitors for quick charging (less than a minute, and lasts about half an hour) – as enhanced functionalities could mean more power drain. And it will still work as a regular stylus even when the Pen dies.

The Note 9, which ships with Android 8.1 Oreo, also has the Samsung DeX software built right into the device. Said the other way, the mobile device user will no longer need docks to connect the phone to an external display.

Samsung Note 9 is definitely a better choice, but its $999 base price certainly isn’t cheap. Settling with any other Samsung devices that were released earlier this year absolutely means no loss, be it the specs or the price. Anyway, pre-orders begin today, and the phone will be available in two configurations, the top-tier version at $1,250, and the base model at $999.