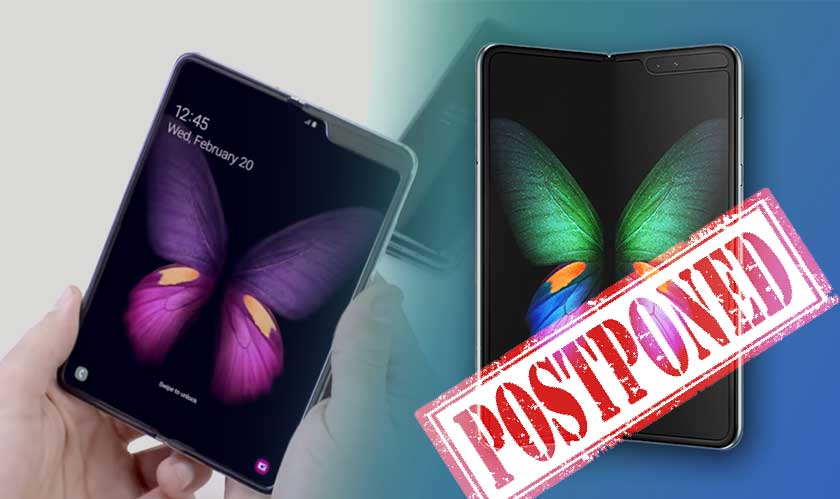 The Galaxy Fold release is now indefinitely postponed, Samsung announced. It was originally supposed to release in China this week, but was delayed. Now, the company has decided to postpone the release of the $2,000 mobile phone indefinitely.

Why? Samsung has issued an in-detailed statement regarding the delay of Fold. While the Galaxy Fold belongs to a new category of innovative devices, the initial reviewers found areas for further improvements. “While many reviewers shared with us the vast potential they see, some also showed us how the device needs further improvements that could ensure the best possible user experience,” Samsung said in the statement.

Hence, Samsung is working on improving the user experience. “To fully evaluate this feedback and run further internal tests, we have decided to delay the release of the Galaxy Fold. We plan to announce the release date in the coming weeks,” the statement said. For those who have already preordered the mobile, Samsung has sent an email to them to expect their revised shipping details in two weeks. Network carriers AT&T and T-Mobile are also carrying the flagship device. They too will get further updates later.

One of the biggest defects the reviewers found was on the display screen. “Initial findings from the inspection of reported issues on the display showed that they could be associated with impact on the top and bottom exposed areas of the hinge,” the statement also mentioned. For a foldable phone, having the perfect display is the key criteria.

“We will take measures to strengthen the display protection. We will also enhance the guidance on care and use of the display including the protective layer so that our customers get the most out of their Galaxy Fold,” Samsung said.