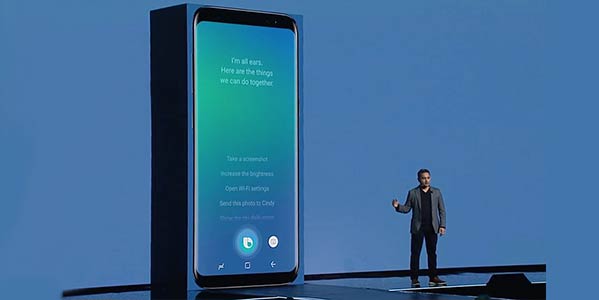 Bixby was introduced as the headline feature of the Galaxy S8 when it was unveiled in late March. Samsung is delaying the launch of Bixby voice assistant, a key feature for unknown reasons.

“Key features of Bixby, including Vision, Home, and Reminder, will be available with the global launch of the Samsung Galaxy S8 on April 21. Bixby Voice will be available in the US on the Galaxy S8 later this spring,” Samsung’s statement reads. So yes, new S8 owners will be able to use Bixby’s augmented reality camera features, Bixby Vision as it’s called, and other features.

With the launch of Bixby, Samsung was aiming to break into a surging market of voice- activated virtual assistants, which includes Apple’s Siri, Amazon’s Alexa, Google’s Assistant and Microsoft’s Cortana. The company spent a lot of time talking about Bixby during its unveiling event in New York City, including the bit about Bixby saying “everything you can do with touch you can do with voice”.

Bixby was also positioned as perhaps the second most important addition to the Galaxy line during the unveiling, behind only the S8’s bezel-less display. That’s what makes it so surprising that Samsung won’t be shipping the phone with Bixby’s standout feature.