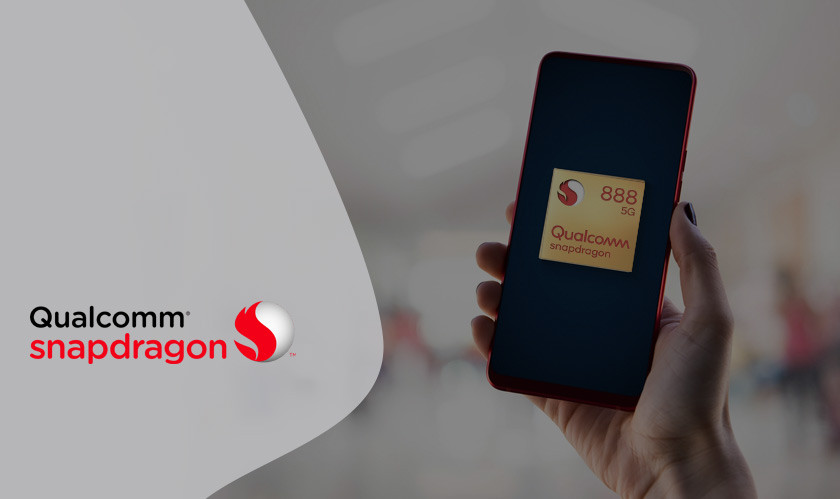 Qualcomm has released its first 5nm based 5G chipset in its two-day tech summit hosted online. The name of the newly launched Snapdragon 888 came as a surprise as it was expected that Qualcomm would stick to its conventional naming scheme and name it Snapdragon 875. The naming also signifies a significant leap in all three segments denoted by namely CPU, GPU, and AI.

The Snapdragon 888 is the first chip to go official with the ARM’s Cortex-X1 core. It is meant to give significant computational benefit at the cost of high power consumption when needed. Compared to the A78, the X1 can execute 33% more instructions per clock. L1 and L2 caches have been doubled as well. It is the primary core for the Snapdragon 888 CPU running at 2.84GHz. Apart from this, it has three Cortex A-78 cores clocked at 2.4GHz. The low-power consuming cores are the cluster of four A55 cores running at 1.8GHz. The CPU is also equipped with 4 MB of L3 cache and 3 MB of System cache. Also, the custom Kryo 680 CPU has a 25% performance improvement over the Snapdragon 865.

The Adreno 660 is 35% faster than the previous generation and 20% more power efficient in rendering performance. It is designed for high frame rate, low latency gaming. It also enables144fps display for the games that want it. The AI engine combines the GPU’s power and the new Hexagon 780 to deliver 26 TOPS as compared to 15 TOPS on the Snapdragon 865. Apart from this, there are many other improvments in various segments, although it also depends on the OEM’s on how they implement it in their devices.