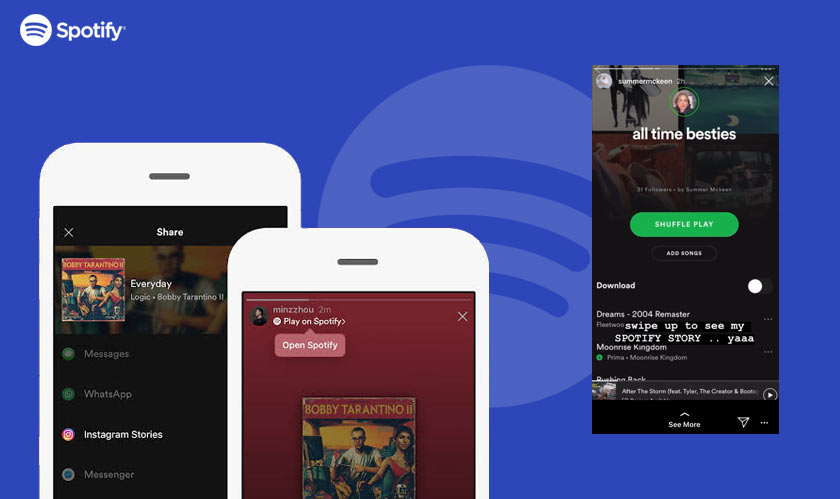 As confirmed by Spotify, it is carrying out an experiment on a new ‘Stories’ feature that allows influencers to add video into their public playlists as stories. Summer McKeen, makeup and fashion YouTube star is reportedly the first influencer to test this new feature.

This Spotify feature lets the user add a series of video clips that display their playlists. The user can then move to the next video clip by tapping on the video. Also, on tapping the circular icon the user gets to see a number of video clips. These appear in the form of horizontal lines at the top.

Meanwhile, we can add the video clips as Spotify's story by clicking on the circular icon found above the playlist’s title. Once the clips become part of the story, it will automatically play and advance to the next clip. And the user can anytime exit the story by clicking “X.”

There are other social media apps like Instagram, Facebook, YouTube that have a similar feature. But Spotify doesn’t intend to turn its app into another social media platform with this feature. The feature is in testing and is expected to be officially available soon. At present, it is available only for iOS and Android.