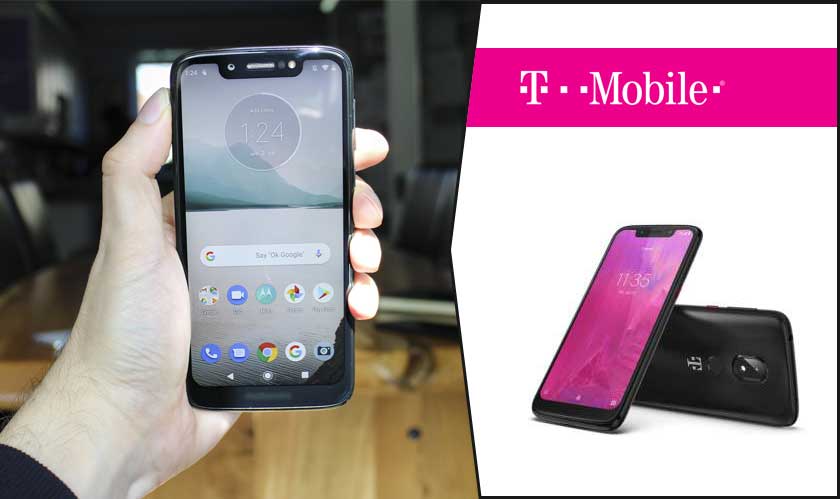 T-Mobile has revealed its new Revvl flagship smartphones, the Revvlry and Revvlry+. The new smartphones, introduced on Tuesday, are the variants of Motorola phones named the G7 (Revvlry+) and G7 Play (Revvlry). Though T-Mobile modified the names as Revvlry and Revvlry+, they did not remove Moto branding like Max Vision show and Turbo Energy quick charging.

The Revvlry has an 8MP front camera, a 5.7-inch HD+ Max Vision show, 3GB of RAM 13MP rear-facing camera, Qualcomm SD632 chipset. The Revvlry+ has a 12MP front camera, a 6.24-inch FHD+ Max Vision screen, 16MP, and 5MP dual back cameras, 4GB of RAM, 64GB of ROM and a Qualcomm SD636 chipset. The phone is water repellant and runs on Android 9 Pie. Both the smartphones are available only in black.

The new Revvlry and Revvlry+ are set to launch on July 19. T-Mobile is promoting the new phones as “flagship features without the flagship worth.” The updated smartphones comes almost two years after T-Mobile first announced its own branded budget smartphone, the Revvl, in August 2017.

“Revvlry and Revvlry+ are incredible phones with features you need from a high-end phone without the high-end price,” says John Legere, T-Mobile CEO.

The pricing will probably be 8.34 USD per month, with zero down, for the Revvlry, and $14 down plus $14 monthly for the Revvlry+ on 24-month contracts. It also says the above pricing will be available only to the select customers on the T-Mobile's zero interest equipment installment plan (EIP).