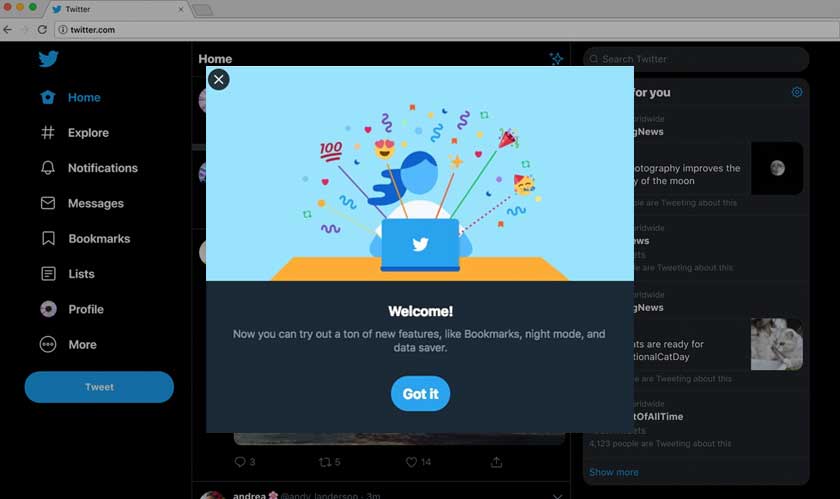 Twitter, the American online news and social networking company, has released a new desktop design with simpler navigation and some promising key features. The desktop design for Twitter has been redesigned to make twitter more user-friendly. The company has been testing this new version of its desktop website from past few months. Now the final product is rolling out to the public.

The most noticeable key changes are the organization and layout of the Twitter home screen. The other notable change is that the top navigation bar has been moved to the left sidebar. This new navigation menu includes Home, Notifications, Messages, Explore, Bookmarks, Lists, Profile and a menu where you’ll find things like Twitter’s ad tools, Settings, and other features.

Twitter has also included some features from mobile apps to improve the desktop experience. The new desktop redesign is to get with different themes and color schemes including more two options for dark mode.

The new design does not include the ability to edit tweets. Though the new desktop comes with better DMs, an Explore page and Bookmarks, it lacks an edit button. Those who have been waiting for this functionality will just have to wait longer.