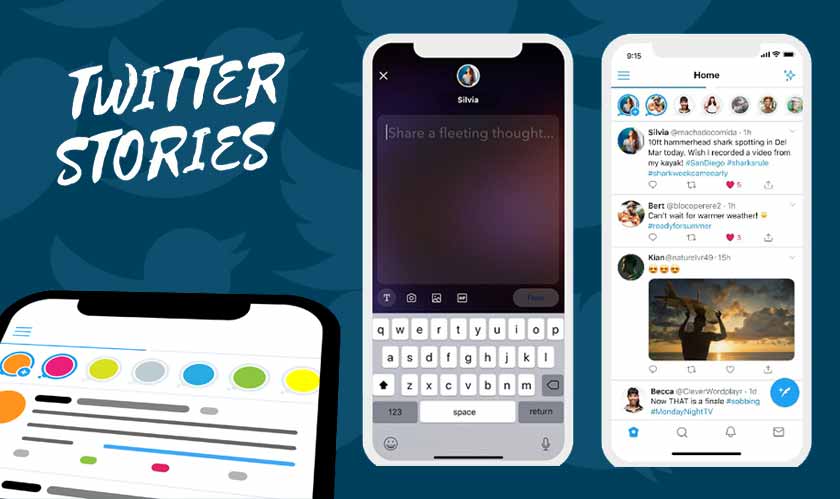 With most of the social apps adopting the popular “Stories” culture, Twitter was the only big social media website left. Pioneered by Snapchat, almost every other platform embraced “Stories” including, Instagram, Facebook, WhatsApp, YouTube, and few others still in the process of implementing it. Recently, LinkedIn too is testing the “stories” feature on their platform.

As Twitter announced that it will begin to trial a new sharing format called “Fleets,” starting in Brazil, there was a short-lived outrage over twitter itself, with “#riptwitter” trending at number one on twitter. Although the trend faded away later, it will be interesting to see how early Twitter releases its “Fleets” for the public globally.

Unlike Tweets, new Fleets can’t receive likes, replies or retweets. It will also disappear after 24-hours. The “Fleets” can only be replied to in DM(direct message). At this stage, anyone can visit someone’s profile and see their “Fleets” even if they aren’t following them.

This is to attract users who are not comfortable with the public nature of tweets, which can be replied to and retweeted by anyone on twitter. Although Twitter had earlier announced at CES that it will bring a much-awaited privacy feature for the tweets; giving users to choose the tweet privacy to public, followers and so on.

The testers in Brazil can see a “+” button to compose a Fleet just like Instagram and WhatsApp. The minimum formats supporting, for now, are Text, Image, Videos, and GIFs. Users can send videosranging from 2 minutes upto 10 minutes depending upon their limits assigned by Twitter. Eventually, the editing features and limits to the “Fleets” will change accordingly with the global expansion.