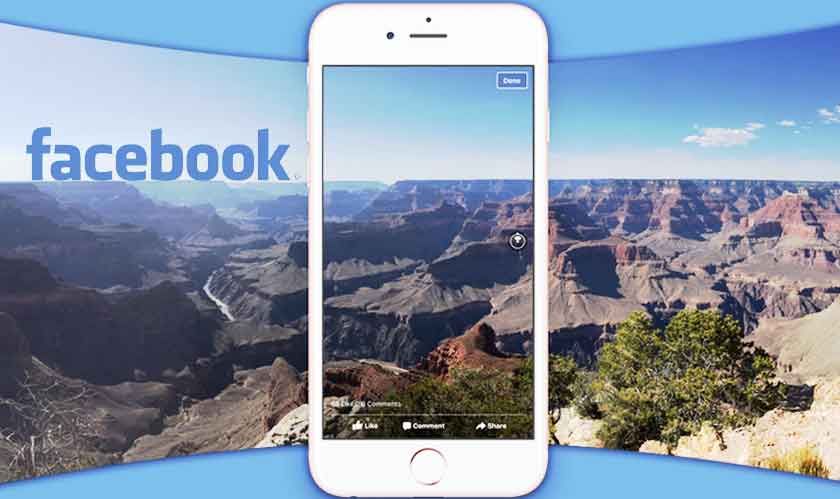 Facebook has always been supporting and encouraging 360 degree photos and videos. The social media had added support for immersive media formats early on. But now, with the latest update, users can use the mobile app and even click 360 degree pictures and upload them as cover photos.

For a little over a year, Facebook had allowed users to upload and view 360 degree photos. But with the latest update to capture them as well is something that Facebook will use to interest users. This feature is rolling out on both iOS and Android devices. It includes the ability to zoom and tag friends as well.

The latest update also allows users to even upload 360 degree photos clicked from any source. In fact, it has been ages since Facebook made any significant changes and updates regarding cover photos, and here it is now with a bang!

Since phones don’t have 360 degree built in camera (well, not yet), the process resembles how you create panoramas in your phone’s camera app. However, users can use the Facebook app to click 360 degree photos as well. One simply needs to scroll to the top of News Feed and press on the ‘360 Photo’ option. Then slowly spin around for a full turn, all while keeping the graphic centered in the middle. When it’s finished, you can pick the “starting point” for the photo and publish it.