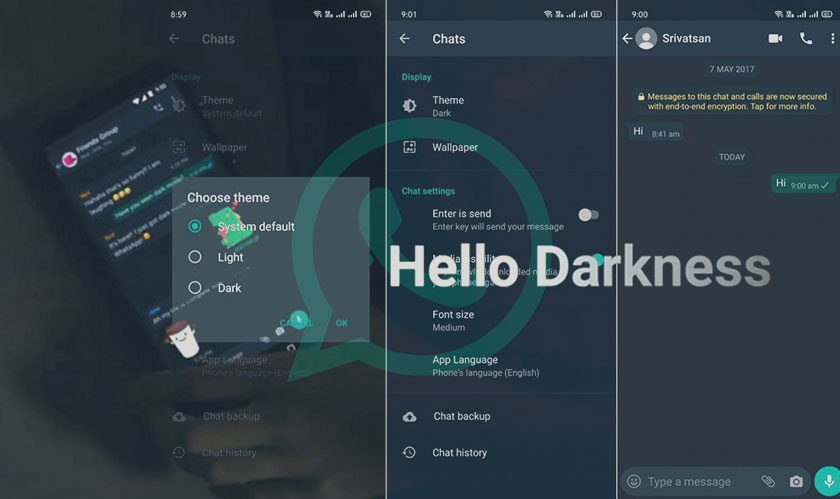 WhatsApp which had been delaying dark mode after months of beta testing finally released the stable update. The dark mode was a long awaited feature from WhatsApp. All the popular apps had dark mode feature already for a long time. Even the Android 10 and iOS 13 which have been out for a while now, supporting system-wide dark mode.

“During testing, we found that combining pure black and white creates high contrast that can lead to eye fatigue,” explained a WhatsApp spokesperson. So instead WhatsApp will have a dark grey background and dull white color so that it doesn’t hurt the eyes as much. It will further improve the readability.

According to the company, this latest update is already available for Android and iOS on their respective app stores, while some will get the latest update in a scheduled rollout within this week.