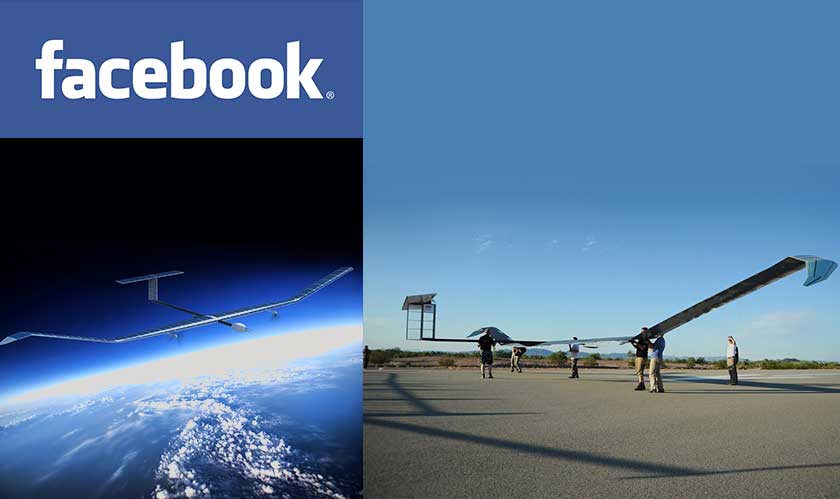 Facebook is reportedly working with Airbus to develop and test solar-powered drones (a dream project Facebook said will no longer pursue). The social networking giant has not quit plans to spread internet across the globe, especially for the underserved communities.

As revealed by German blog NetzPolitik.org, Facebook plans to beam Internet connectivity from Earth’s stratosphere with the help of Airbus’ Zephyr drone – a model that is designed for “defense, humanitarian and environmental missions.” Zephyr is a “High Altitude Pseudo Satellite”, or HAPS, that uses solar power to operate.

A document leaked by NetzPolitik reveals that the two companies are planning drone tests in Wyndham airfield in Western Australia. The duo had also planned test flights for November and December of last year. However, it’s unclear if it actually took place, as both companies remain tight-lipped about their cooperation.

The Zephyr Model S chosen by Facebook is very much like its now-deceased Aquila drone blueprint. The drone, which can operate at up to 20 km altitude, features a 25-meter wingspan and uses millimeter-wave radio to broadcast to the ground.

“We continue to work with partners on High Altitude Platform System (HAPS) connectivity. We don’t have further details to share at this time,” said a Facebook spokesperson hinting about the unannounced project, to NetzPolitik. Facebook and Airbus even met the European regulators last year to discuss providing internet connectivity using Zephyr drones, to which the Commission has likely agreed, NetzPolitik notes.

Facebook is not the only company attempting to provide connectivity and affordable services to less-developed countries. Alphabet’s subsidiary Loon aims to do the same using hot air balloons.