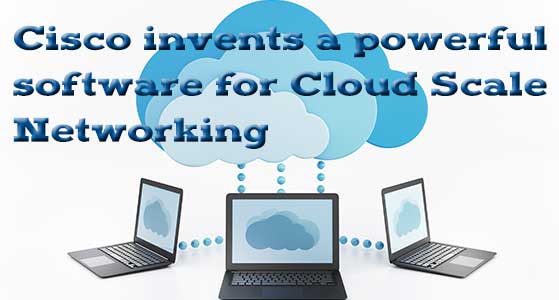 Cisco claims it has invented a way to integrate and simplify web scale networks to make them twice as cost effective and much more scalable. The networking vendor has worked with the world’s top hyper scale web companies to help service providers create faster simpler clouds from its IOS XR network operating system using popular IT configuration and management tools.

By making networks more programmable they can create a form of liquidity in cloud services that will allow providers to pool and converge their data centers and wide area network (WAN) architectures, it claims .As a result of its collaboration, new features will appear in Cisco’s IOS XR software which, it claims, would halve the cost of running today’s network over the course of five years by doubling network efficiency and performance.

However network running costs for cloud operators are expected to soar in future due to predicted surges in data demand. Total global data centre traffic is projected to triple by the end of 2019 (from 3.4 to 10.4 Zettabytes), according to the Cisco Global Cloud Index figures for 2014-2019. With 83% of total data centre traffic expected to come from the cloud by 2019 the improvement in manageability will help to rein in soaring costs, according to Cisco. The investment in IOS XR will also help cloud and data centre operators to make a smoother, less expensive, transition to cloud-scale networking in future, Cisco claims.

Cisco IOS XR software, which is currently run over 50,000 live network routers, will benefit from a number of technical improvements, including new modularity, more service agility and higher levels of automation convergence with third-party application hosting.
Cisco said its software development kits and the DevNet Developer Program Cisco will encourage service providers to create large-scale automation and predictable network programmability, with higher levels of visibility and control. The aim, says Cisco, is to cater for any data model, any encoding method and any transport method.

“The network is cloud computing’s final frontier, at technology, people and process levels,” said Laurent Lachal, senior analyst of infrastructure solutions at analyst Ovum.  “It needs to be built for scale and ruthlessly automated.”