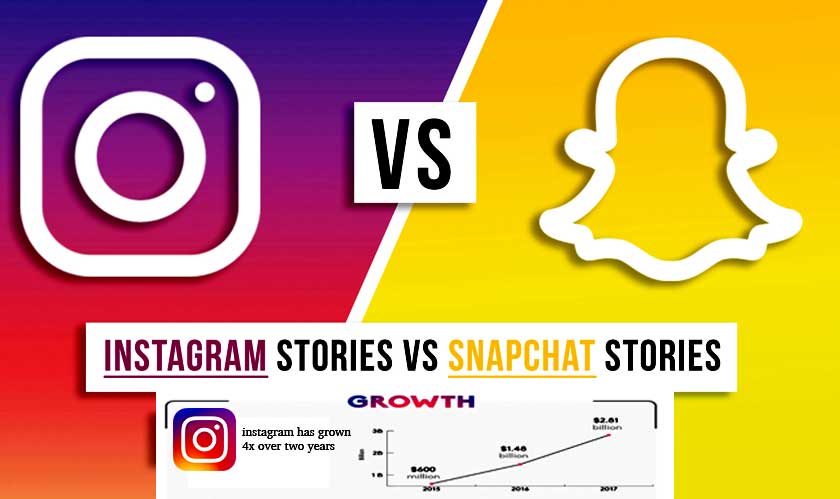 When the stats come to brands and businesses, it is another yippee news for the Facebook subsidiary company. Nearly 50 percent of businesses on Instagram have produced and uploaded Stories. It was found that there was one direct message from an interested user for every one in five stories put up. The potential buyer accessing them makes Instagram more accessed.

Snapchat’s steps have slowed in its tracks as the score of Snap has continued to go down. Snapchat’s monthly active users’ growth rate has shot down from 17.2 percent in a quarter to just 5 percent. In addition, Snapchat’s share price has also plummeted. From its share price being $17 IPO, it has come down to $13. The number of users’ has also been advantageous for Instagram. While Snapchat has only 166 million daily users, Instagram boasts of 250 million.

It is true that the entire concept of Instagram Stories was taken from Snapchat. Many of Snapchat’s tricks and treats were implemented on Instagram like filters, stickers and more. Not to forget the Direct Message feature on Instagram. But that is just how business works.