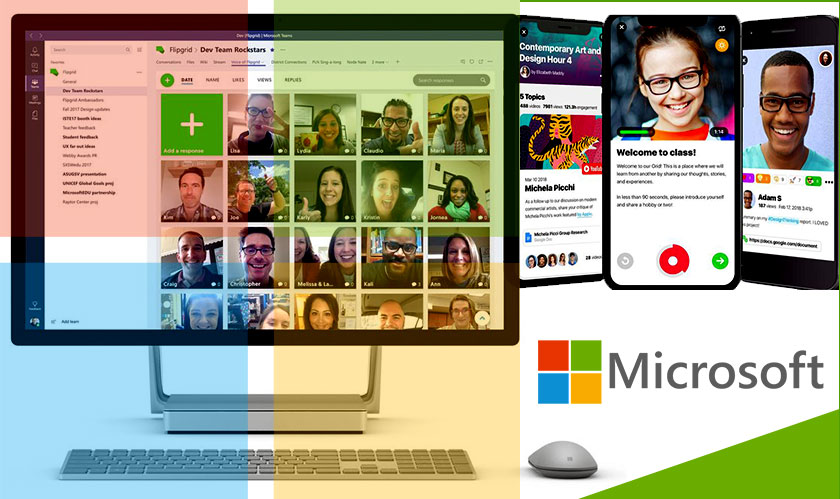 Microsoft acquires Flipgrid, a video-sharing platform used by more than 20 million teachers, students, and families in over 180 countries. Flipgrid is a networking site where views, reviews, discussions pertaining to any social, emotional or educational learning can be made. Discussions made here are similar to the process of creating a YouTube reaction video to a particular subject or news.

Microsoft with its acquisition will be making Flipgrid free for schools. Microsoft has already been modifying Office 365 and its web versions of Office to be more modern, faster, and appealing to the students and teachers. Microsoft’s attempt to overrun the education environment in US schools which is majorly influenced by the big rivals like Google and Apple with their technologies and gadgets.

Microsoft’s attempts to enhance their stance on education and learning include its upgraded OneNote app, updated Minecraft: Education Edition etc. Microsoft now plans to expand the Flipgrid community but will not compromise its identity or the brains behind it. “Flipgrid has always been about the educator community…source of our innovation and impact. Now as a part of Microsoft, we have the opportunity to scale…support every educator across the globe…”

“We’re thrilled to see the impact that Flipgrid has had on social learning thus far…we look forward to helping them thrive by being a part of the Microsoft family...We’re committed to making sure their platform works across all platforms and ecosystems and continue to benefit students and teachers everywhere”, says Eran Meggido, Corporate Vice President at Microsoft.