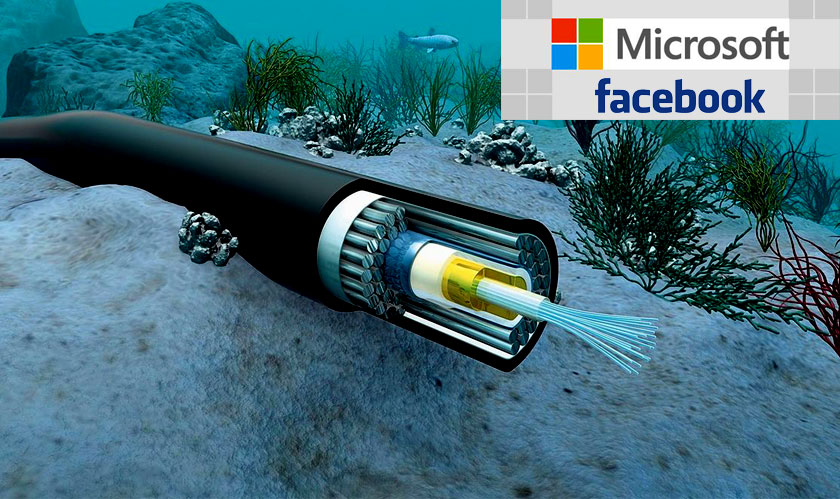 Microsoft, Facebook and Telefonica have hit a new milestone in delivering connectivity with exceptional speed after the three companies successfully laid down their newest trans-Atlantic subsea cable with a data capacity of 160 terabits per second.

Telxius, a subsidiary of Telefonica in charge of laying the cable, has finished laying the Microsoft- and Facebook-backed Marea subsea cable, a transatlantic cable that stretches 4,000 miles (6,600km) across the Atlantic Ocean from Virginia Beach, Virginia, to Bilbao in northern Spain. Virginia, of course, houses one of Microsoft’s massive datacenters on which the tech giant reportedly spent $1.1bn

According to Microsoft, the cable can apparently deliver speeds of 160-terabit/s, which is 16 million times faster than your average home broadband and could stream 71 million HD videos simultaneously. It contains eight pairs of fiber-optic threads wrapped in copper. The construction of the cable was initiated during August last year and it will be operated by Telxius.

Marea, which means ‘tide’ in Spanish, was originally conceived by Microsoft and Facebook in an effort to increase their global capacity for their data services and it does not disappoint. In addition to that, it also improved the companies’ resilience thanks to landing at different points to most networks, which on the US side come ashore around New York and New Jersey.

Marea is the latest result in a growing trend where corporations and tech giants are investing in their own high-capacity subsea cables, rather than having to merely leasing them from other operators. It lies south of the existing transatlantic cables.