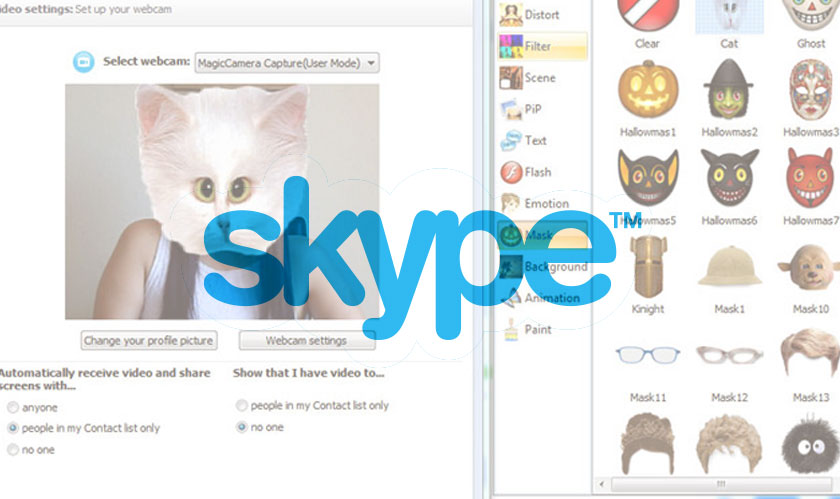 Adding effects to your photos is the new thing that Skype has released. The feature is called ‘Photo-Effects’. The effects include face masks, decorative borders, filters, words and captions, and more, which all seem to be too familiar. It looks like Skype has simply launched features that are similar to Snapchat and Instagram.

These new Snapchat-styled features were released on the Skype mobile app. Apart from all the filters and masks; the feature also has handy and useful information like the weather. There’s a magic wand that will start applying these features for you. First, you need to take a picture and then click on the icon to access the photo effects.

The feature is based on Microsoft's machine learning and AI capability of Sprinkles. It can detect various things about you like your age, feelings, and may come up with suggestions of texts and so on. It can even determine your celebrity doppelganger. And if there’s a holiday coming round the corner, the effects will change and vary depending on that. This encourages people to stop by more often and check out what’s new.

With Skype’s latest update, you can expect the Photo Effects feature to roll out. Skype’s release notes list Photo Effects as ‘upcoming’ in Android version 8.10.0.4 and iOS 8.10.0.5. This version began rolling out on Monday, but will gradually release to install base over the next week.