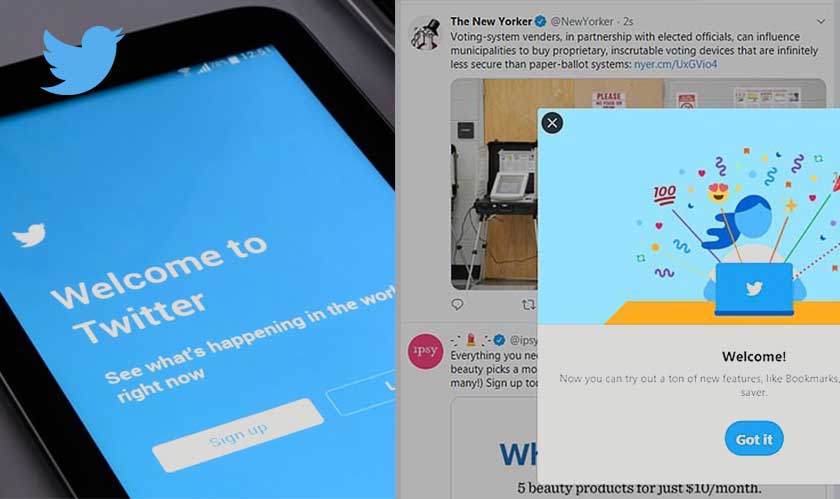 Here’s something new about Twitter. The social networking platform has rolled out something for its web users. A new interface platform from Twitter comes with quite a few features, including a newly designed emoji button. Twitter has one or two new tricks up its sleeves and it has displayed it with the new web interface.

The separate button solely dedicated for emojis in the tweet box is a bonus for tweeters. While the new emoji button is exciting, the real attraction lies in the tiny shortcuts. These shortcut buttons will surely make tweeting easier. Twitter has also updated the trending section in its page, where it now appears in the right-hand side. Why is this important you ask? The revamp brings in an aesthetic update as well, that certainly makes it easier to see who’s involved in what.

In the updated Twitter desktop version, the number of columns has been reduced from three to two. This improves the visibility where you can both read and send tweets. Earlier, Twitter had announced a couple of new attractive features like status updates and reply functions. But none of these updates are part of that, but rather an aesthetic upgrade rollout on its own.