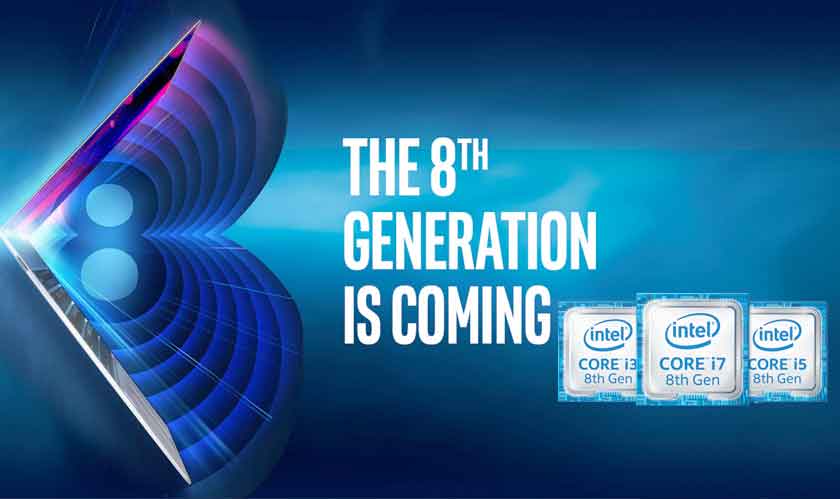 Intel has just announced its 8th generation core processors and man, it impresses. Intel reported that is sticking to the now ever so familiar Kaby Lake architecture for the new chips, but the internal testing looks pretty promising as far as performance goes. Intel claims that the chips are capable of a 40-percent increase over their predecessor, that’s a huge jump in performance speeds.

This means that if you have a five year old device that needs upgrading, the new chip will increase the speed of the system two-fold. For a single generation, that’s one hell of a boost. Looks like Intel has made good of their claims made at the Computex this year when they unveiled the chips, promising a speed boost of more than 30%.

The boost comes at a time when laptop makers are expected to increasingly push the envelope with their systems. While 4K is pretty prevalent and AR and VR making fantastic progress, it’s a lot to ask of a laptop the size of a small bag to perform such things. The new i5 and i7 chips are made to to accommodate those needs, while maintaining battery life and at around 10 hours of 4K video playback according to the aforementioned in-house video testing.

Intel will have more info on the new chip’s performance at its Facebook live event scheduled for today. The chips start hitting the market sometime next month with 146 designs to start with and more different, non-Kaby Lake architectural chips later.