Google to the rescue 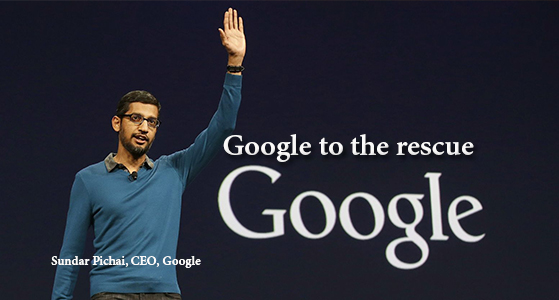 Yahoo!  Inc said that it had signed a search advertising deal with Google Inc, providing a potential boost to Marissa Mayer’s efforts to turn around the company, which also reported revenue and profit that fell short of market estimates.

The deal with Google, a unit of Alphabet Inc, builds on an existing search partnership Microsoft Corp under which Yahoo gets a percentage of revenue from ads displayed on its sites. Yahoo, whose shares were down 1.6% in after-hours trading, said the companies have agreed to delay implementation of the deal in the United States to allow the antitrust division of the Department of Justice to review it.

Yahoo has been struggling to boost revenue from ad sales in the face of stiff competition from Google and Facebook. The Google deal was one of the few bright spots included in the company’s third-quarter results statement.

Yahoo said it expected fourth-quarter revenue of $1.16 billion-$1.20 billion, well below the average analyst estimate of $1.33 billion, according to Thomson Reuters.

Mayer, in her fourth year as chief executive, said the forecast was "not indicative of the performance we want.We are also experiencing continued revenue headwinds in our core (advertising) business, especially in the legacy portions,” Merissa Mayer stated