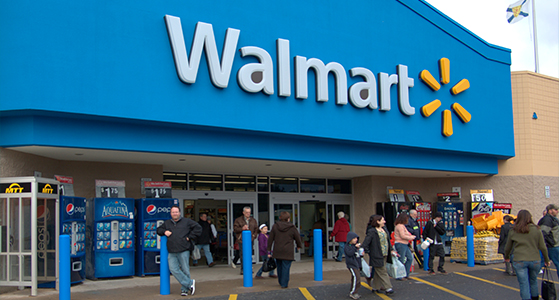 Getting your products delivered by delivery boys is soon going to be a thing of the past. You might wake up one morning and find a tiny quadcopter outside your door with your product. E-commerce companies are continuously exploring options to speed up delivery in order to outsmart their rivals. With drones becoming popular in the world, the delivery market is poised to go aerial in the near future. It started last year when Amazon announced its drone based delivery program, PrimeAir. The company started testing its drone delivery service and promised customers that once PrimeAir becomes active, deliveries would be done in 30 mins.

Now, Walmart has announced that it would enter the drone delivery market. The company has applied for permission with U.S regulatory agencies to test drones for package delivery. The application sought exemptions to conduct unmanned aircraft flights as part of a research and development effort centered on using unmanned aircraft for operations. It also mentioned other uses for drones such as for grocery pickups, distribution center operations, and rural acreage tracts as other operations areas. The company is working with well-known drone manufacturer DJL.