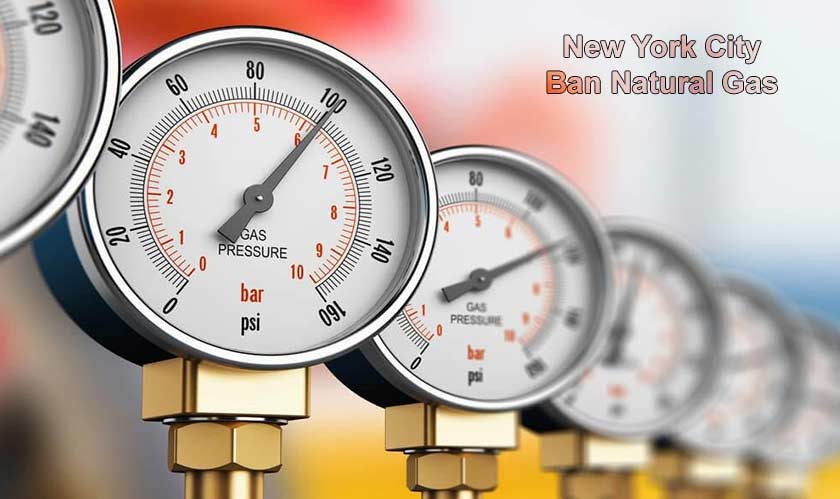 The New York City Council voted to ban the use of natural gas in new buildings, following several smaller U.S. cities seeking to shift from fossil fuels to cleaner, sustainable forms of energy.

Addressing building emissions is crucial for New York City to meet its climate goals. Building emissions are responsible for 70 percent of Big Apple’s greenhouse gas emissions. The ban will apply to structures below seven stories tall beginning from 2024 and taller buildings from 2027. The bill hopes to cut down on pollution responsible for climate change drastically. According to a recent study by the clean energy think tank Rocky Mountain Institute (RMI), the bill will cut 2.1 million tons of CO2 (Carbon Dioxide) emissions by 2040.

Natural gas was thought of as a cleaner alternative to other fossil fuels like petrol or diesel for many years. But scientists are no longer accepting this as a fact. Natural gas is primarily composed of methane, a greenhouse gas around 120 times more potent than CO2 at trapping heat and nearly 86 times stronger over 20 years. Methane gas leaks along the natural gas supply chain from wells to people’s homes. In a high-profile climate summit in November, the U.S. joined almost 100 other countries in a pledge to cut methane gas emissions by 30 percent within this decade.

San Jose, with about 1 million residents, was the largest U.S. city to have banned natural gas in new buildings.