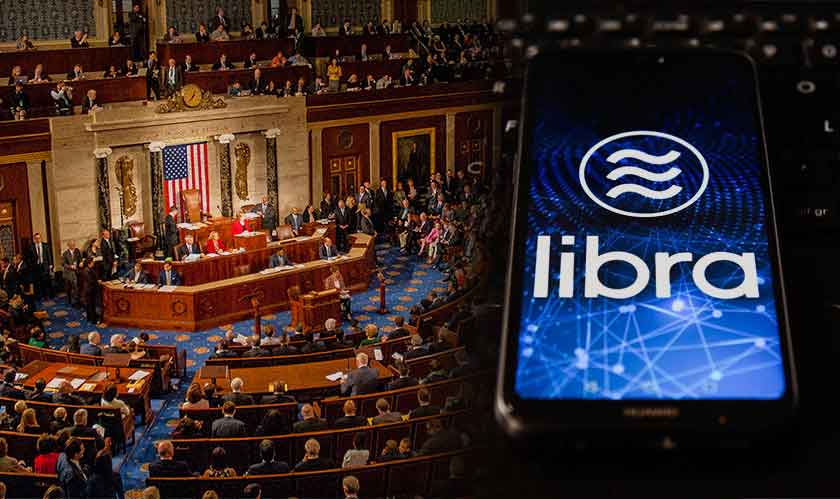 The U.S. Federal Reserve Chairman Jerome Powell said that Facebook’s digital currency, Libra, “cannot go forward” until serious concerns are addressed. Powell's comments about the cryptocurrency Libra had an adverse impact on the price of bitcoin, which fell as much as 7% during his three hours of testimony.

“Libra, raises many serious concerns regarding money laundering, privacy, financial stability and consumer protection and I don’t think the project can go forward without addressing those concerns,” said Powell before the U.S. House of Representatives Financial Services Committee during his semi-annual testimony on monetary policy. “It’s something that doesn’t fit neatly or easily within our regulatory scheme but it does have potentially systemic scale. It needs a careful look, so I strongly believe we all need to be taking our time with this,” Powell added.

The Federation has established a working group to follow the project. It is coordinating with other central banks across the globe. A review from the U.S. Financial Stability Oversight Council, a panel of regulators charged with identifying broad risks to the financial system is expected to come, Powell added.

Powell said any regulatory review of the project should be patient and careful. He noted that existing rules do not fit the present bitcoins and other digital currencies. Powell also said that he supports financial innovation as long as appropriate risks are identified, but he said the massive platform enjoyed by Facebook immediately sets Libra apart from other digital currency projects.

“Facebook has a couple billion-plus users, so I think you have for the first time the possibility of very broad adoption,” he added.

“What Facebook is planning raises serious privacy, trading, national security, and monetary policy concerns for consumers, investors, the global economy and the U.S. economy,” said Representative Maxine Waters. Libra is set to be launched by Facebook in the first half of next year. But the comments made by Powell will make its launch tougher.

Facebook officials are scheduled to provide justification about the project later this month in Congress, where senior lawmakers will raise their concerns regarding data privacy and other issues related to Libra project. “We are very much aligned with the Chairman around the need for public discourse. This is why we along with the 27 other Founding Members of the Libra Association made this announcement so far in advance, so that we could engage in constructive discourse on this and get feedbacks,” said Elka Looks, Facebook spokeswoman.