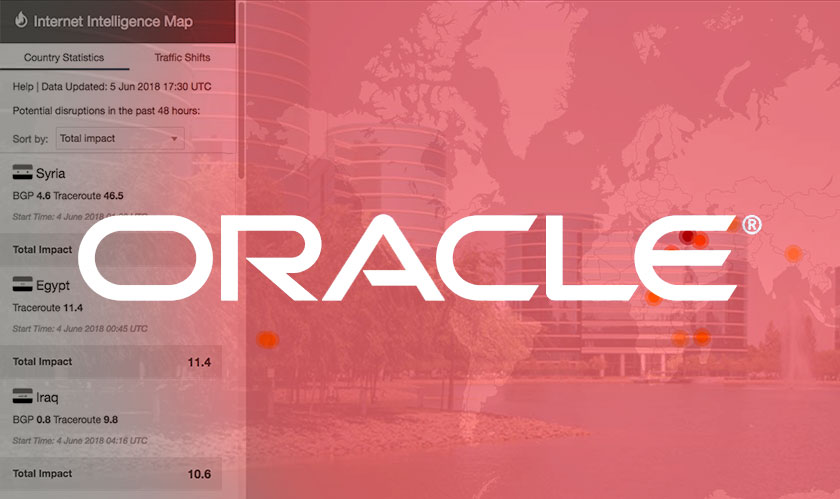 Oracle has made its Internet Intelligence Map available to the general public. It provides its users a simple and graphical way to track the health of the internet and gain some views into the impact of events such as natural disasters or state-imposed interruptions. The Internet Intelligence Map shows country-level connectivity statistics based on trace routes, BGP, and DNS query volumes on a single dashboard.

The map has been in works since Oracle acquired the internet monitoring company and DNS provider, Dyn. Dyn began tracking internet infrastructure for its international enterprise customers, which included brands like Twitter and Netflix. Dyn published internet health data occasionally, for major attacks and submarine cable breaks that led to widespread outages

The Oracle Internet Intelligence Team was responsible for the creation of Internet Intelligence Map that has existed for more than ten years now. Oracle has made the maps available to help enterprises, network operators; journalists and anybody else who wants to get insights to the performance of internet worldwide troubleshoot problems.

During the launch, Kyle York, VP of Product Strategy for Oracle Cloud Infrastructure said: "Think of the free tool as the basics -- a simple, graphical treatment to glean some of these insights, with a bunch of other services available inside Oracle”. The Map, he said is a way to "show a new Oracle... that's open and delivering value before you potentially move ... to our cloud".