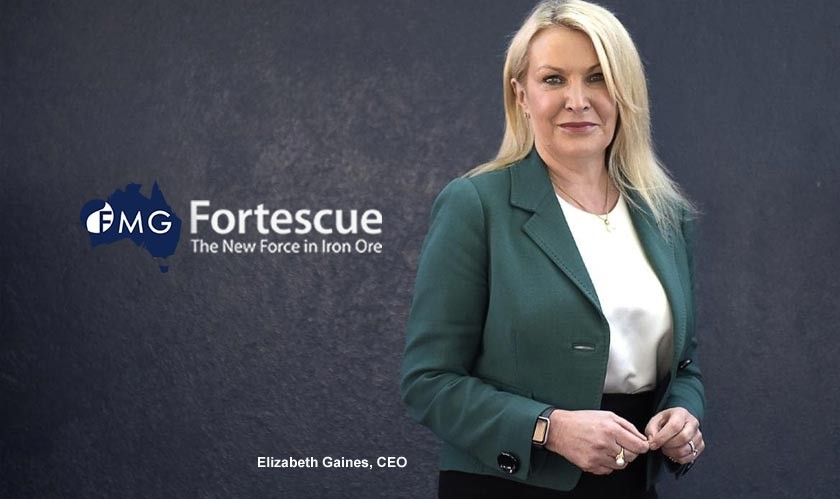 Fortescue Metals Group Ltd said Elizabeth Gaines would step down as chief executive as the miner extended its transition from a pure-play iron ore producer to a renewable and clean energy and resources firm.

Gaines, who has led the world’s fourth-biggest iron ore miner for the last four years, will continue to serve on Fortescue’s board as a non-executive director and help search for the new CEO.

The move comes as Australia’s richest man and Fortescue’s chairman, Andrew Forrest, pushes to turn the company into the world’s biggest renewable energy group, with a particular focus on its green power subsidy, Fortescue Future Industries.

Forrest hailed Gaines for her work at Fortescue and called her one of Australia’s “truly inspiring leaders.” Gaines, a former travel industry and private equity executive who joined the company in 2013 and served as its chief financial officer oversaw a tripling in the share price of Fortescue Metals Group in the past four years.

Fortescue has enlisted management consulting and leadership firm Egon Zehnder to help the firm identify its next CEO and other leaders with global experience across heavy industry, renewable energy, and manufacturing. In October, Forrest laid out an ambitious goal to produce 15 million tons a year of green hydrogen or green ammonia for fertilizer-making purposes.