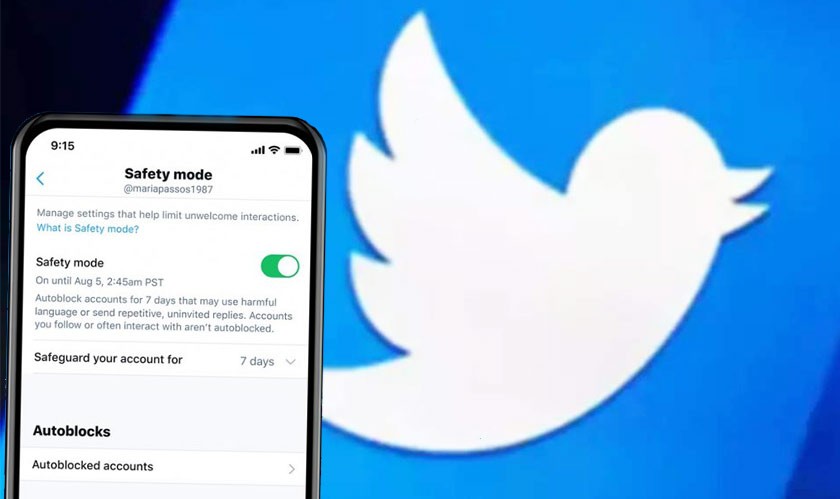 The feature considers mutual interaction into account to auto-block someone, which helps prevent the system from accidentally blocking your friends.

Twitter has rolled out a new Safety Mode that will help its users feel safer on the platform. The Safety Mode can be toggled from the settings menu and will temporarily block accounts automatically when it detects harassment such as insults, hurtful remarks, or repetitive and uninvited replies or mentions. However, the feature is currently in beta and is only available for English-language. It is currently open to beta testers on iOS, Android, and the web.

“We’ve rolled out features and settings that may help you to feel more comfortable and in control of your experience, and we want to do more to reduce the burden on people dealing with unwelcome interactions,” said Twitter Product Lead Jarrod Doherty in a blog post.

He further said, to auto-block someone, the feature considers mutual interaction into account to decide based on Artificial intelligence. This helps prevent the system from accidentally blocking your friends. Also, the feature will notify you if anyone has been blocked automatically by the AI system so that you can undo the ban if it is a mistake.

This feature has been developed by Twitter while consulting with experts in online safety, mental health, and human rights, including the independent members of Twitter’s Trust and Safety Council, such as freedom of expression group Article 19. This also aligns with Twitter’s commitment to the World Wide Web Foundation’s framework to end online gender-based violence. Safety Mode joins Twitter’s suite of new safety features meant to make the platform less toxic.