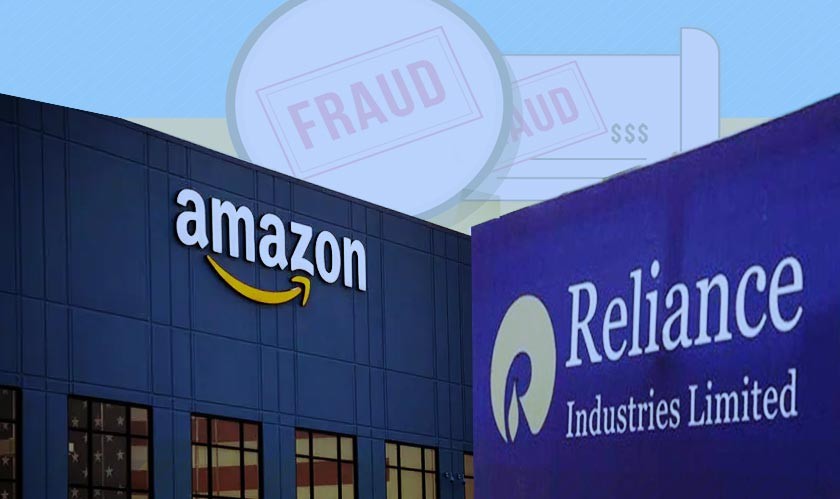 Amazon.com’s two-year effort to stop a $3.4 billion deal between its estranged partner Future Group and Reliance Retail took a new turn as hundreds of millions of Indians woke up to find the U.S. e-commerce giant airing its protests in several newspapers in the country.

Merely days after Indian billionaire Mukesh Ambani-led Reliance group took over some of the stores of Future Group, whose lease had expired due to the non-payment of rent, Amazon.com Inc. on Tuesday accused the two of ‘fraud’ and said such ‘contumacious’ transfer would be liable to legal action.

Amazon.com has been contesting the Rs 24,713 crore ($3.4 billion) sale of Future Group’s retail assets to Reliance group, first announced in August 2020. The case is at the moment before the Supreme Court of India.

Last month, Reliance signed lease deeds with landlords who haven’t been paid rent for months by Future Group for stores built on their properties. Initially, the Indian conglomerate sub-leased the properties to Future Group for operations, but earlier this month terminated those sub-leases and took over 947 stores.

In the ads headlined “PUBLIC NOTICE” in leading Indian newspapers, Amazon said that the actions were conducted clandestinely by playing a fraud on the constitutional courts in India.

Amazon.com’s public outcry comes even though on March 3, it offered to hold talks. The ongoing discussions have raised hopes the dispute could be resolved.

Amazon’s newspaper ads aimed to alert all stakeholders, including Future’s lenders, that the transfer of assets to Reliance is legally prohibited.