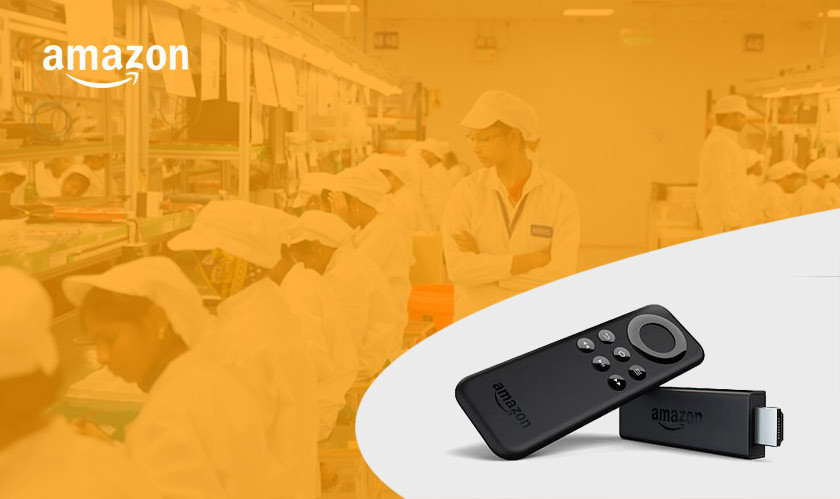 Global e-commerce giant Amazon has big plans for India. The company is in plans to start its production chain for manufacturing products locally. Amazon has its own hardware series like Kindle devices, Alexa smart-home solutions, Fire TV sticks, and several other consumer products.Amazon will be leveraging the government’s “Make in India” initiative to start manufacturing with contract manufacturer Cloud Network Technology, a Foxconn subsidiary in Chennai. This facility will be used to manufacture Fire TV Sticks initially.

Amazon will evaluate scaling capacity to additional marketplaces and cities, depending on the domestic demand. “Amazon is committed to partner the government to advance the vision of an Aatmanirbhar Bharat. We have pledged to invest $1 billion to digitize 10 million small and medium businesses and help Indian businesses sell worldwide, thereby enabling $10 billion in cumulative exports and creating an additional 1 million jobs by 2025,” said Amit Agarwal, global senior vice-president and country leader for Amazon India.

We have already seen that Apple and few other companies are shifting towards India to manufacture locally. This is due to two reasons, the operational cost of the production line is cheaper. Also, the Indian government is pushing foreign companies to invest locally and enjoy incentives. The tax benefits also favor manufacturing locally for the second populous country of the world.

Ravi Shankar Prasad, Union minister for communications, electronics & information technology, and law & justice, on the details of the initiative, said that India was an attractive investment destination and was poised to become a major player in the global supply chain in the electronics and IT products industry. He said the government’s decision to launch a production-linked incentive (PLI) scheme had received a tremendous response globally.