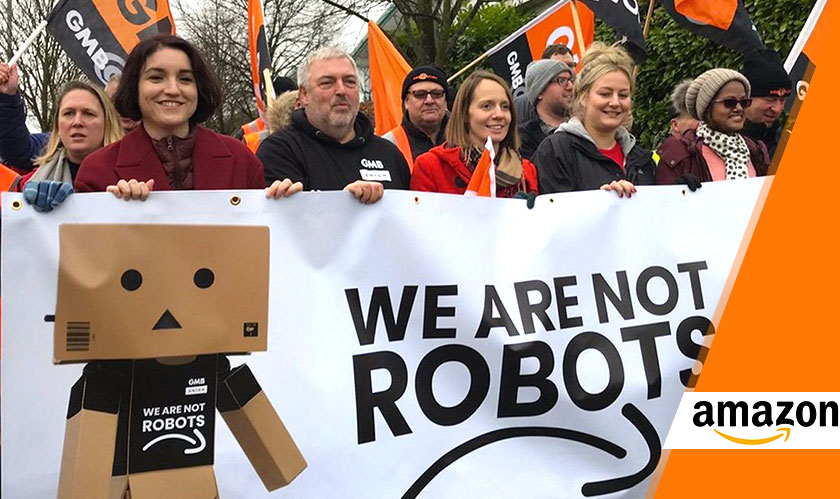 The Black Friday tradition is moving across the pond, from the U.S. to the U.K. and parts of Europe as well. International retailers including the world’s largest online retail giant Amazon Inc. was gearing up for the big event. But, not all were as excited as the retailers, at least not Amazonians in Europe.

Workers in Germany, Spain, and France walked off the job at Amazon fulfillment centers on Black Friday to demonstrate against what they call “inhuman working conditions”. The protest was organized by GMB - a U.K.-based general trade union.

A Freedom of Information request filed by the union revealed that ambulances had been called to Amazon warehouses 600 times over the past three years as of May. "The conditions our members at Amazon are working under are frankly inhuman," GMB General Secretary Tim Roache said in the press release. “We're standing up and saying enough is enough, these are people making Amazon its money. People with kids, homes, bills to pay — they're not robots."

In response, Amazon said, "All of our sites are safe places to work and reports to the contrary are simply wrong.” The statement also read – "According to the U.K. Government's Health and Safety Executive, Amazon has over 40% fewer injuries on average than other transportation and warehousing companies in the U.K.”

The company concluded by calling itself a “fair and responsible employer” who believes in continuous improvement across the network and wants to maintain an “open and direct dialogue” with its associates.