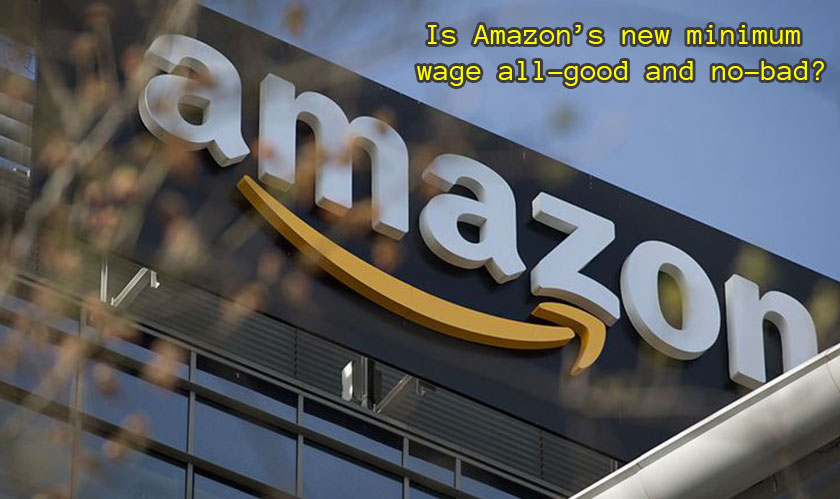 Amazon’s minimum wage pay hike has brought many cheers from all over. It even earned praise from a long-term Amazon critic Senator Bernie Sanders. But we think a few things that the online retail giant had announced along with the revised minimum wage went unnoticed.

Amazon had come under a lot of pressure throughout the year where its employees were complaining about the hard working hours due to the scheduled targets each day. Amazon finally listened and raised the minimum that it was offering to its employees. Now, regardless of the targets, the employees will be paid a minimum of $15 for every hour worth of work.

But with the raised minimum wage, Amazon has also done away with a few things that could affect additional incentives that the employees previously got. Amazon is going to do away with its RSU program for stocks that are vested in 2020 and 2021. The RSU program gave two shares of Amazon stock when an employee got recruited. An Amazon employee would also have an additional stock option each year. This RSU plan will be replaced with a direct purchase plan before 2019 ends.

So, the employees who worked for additional incentives and bonuses stand to lose, now that the targets are no more the benchmark for the minimum $15-per hour pay.