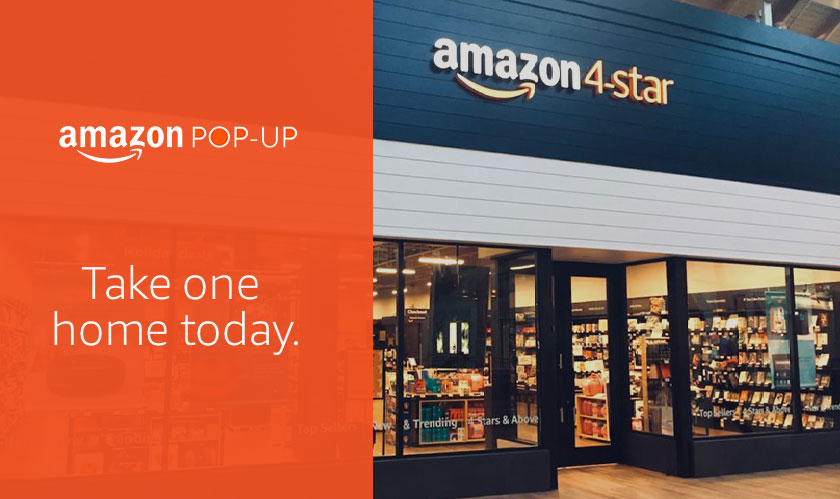 Amazon has opened its next 4-star store after the one it launched in Soho, New York recently. This time, Amazon moves to Colorado to open the new store in Lone Tree, just a couple of miles away from Denver. Amazon’s 4-star store is the retail giant’s brick and mortar venture, where it sells its most popular online products having a rating of 4 stars or more.

It doesn’t matter which category the product belongs to; whether you’re looking for tech stuff of home appliances, you’ll get everything you want with a bonus of assured high ratings. And just like the online store, Prime members get an additional discount at the physical store as well. The price tags on products show a different price for prime and non-prime members.

Amazon has steadily increased its presence in the offline world with more and more stores opening up. Apart from the recent 4-star store in the East Coast, Amazon has opened plenty of cashier-less Go stores and physical bookstores. Now that it has successfully launched the 4-star store on the East coast and mid-western region, Amazon has its eyes on the West coast as well. Sources cite that Amazon has plans to open up another store in Berkeley, California in the next few months.