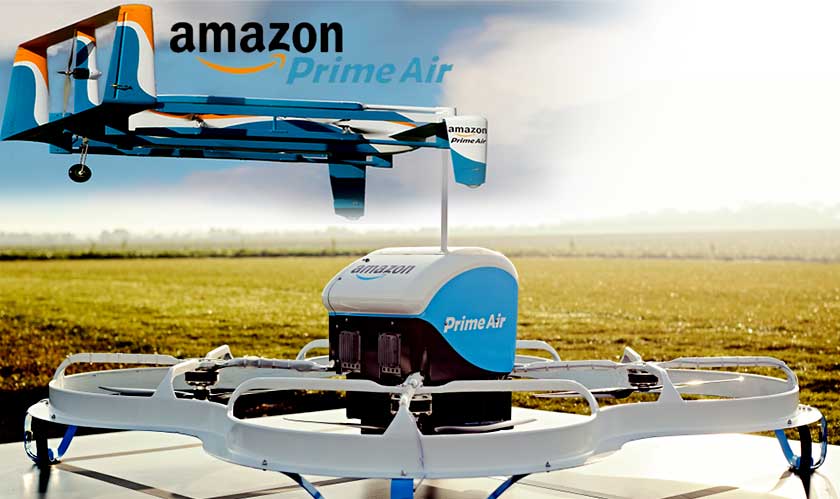 Here comes the latest version of drones for Prime Air delivery. The drone is basically a hybrid aircraft that can take off and land vertically and maintain forward flight. These drones are going to give wings for Amazon’s new delivery expedition in the coming months.

For the new drones, Amazon is emphasizing on safety. “We know customers will only feel comfortable receiving drone deliveries if the system is incredibly safe,” said consumer worldwide CEO Jeff Wilke while launching the drone at Amazon’s Re: MARS conference in Las Vegas. The drones are equipped with depth cameras, sonar, thermal cameras, etc. to detect hazards during its flight. There’s also machine learning and other computech that’ll aid the drones to navigate around the obstacles.

The new drones now require FAA’s approval to deliver items from the retail giant. Keeping the requirements of the FAA, Amazon has made the drone FAA-approved parts and designs. And this is what Amazon will approach FAA with: “We’re saying, this is an airplane that’s built to exacting aerospace standards.”

During the announcement, Amazon also played a test video of the drone that showed the aircrafts impeccable transformations during flight. Wilke also said that the goal is to have “fully electric drones that can fly up to 15 miles and deliver packages under five pounds to customers in less than 30 minutes.”