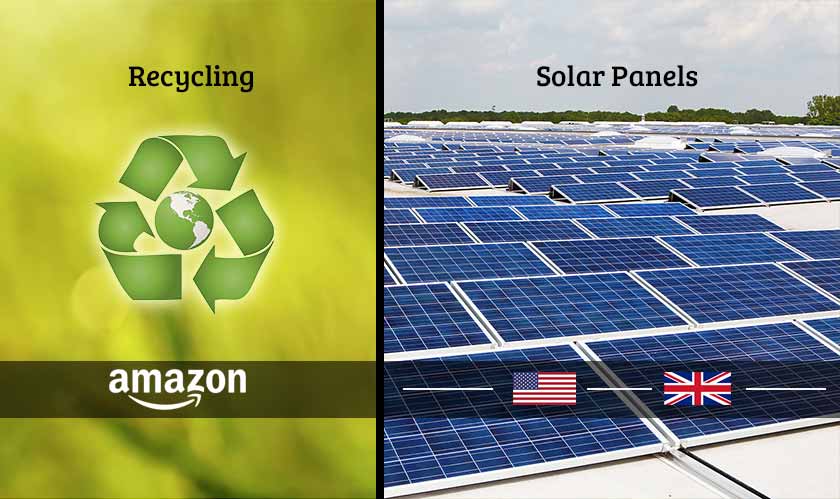 Amazon aims to reduce its overall environmental impact by announcing two new green initiatives in the U.S. and the U.K. The first is a $10 million investment in the Closed Loop Fund project which was founded in 2014 to support recycling infrastructure throughout the U.S. And in the other initiative, Amazon will begin installing solar panels on its fulfillment centers in the U.K. region.

North America is Amazon’s largest retail sector. Amazon would be focusing its efforts on recycling in the region, particularly the U.S., as it ships a massive amount of cardboard across the country every day. Nearly half of the people in the U.S. still do not have access to curbside recycling pickup. As a result, tons of cardboard and other reusable materials are getting thrown in the trash.

But with Amazon’s huge investment in the Closed Loop Fund project, at least 3 million homes in the region will be gifted access to curbside recycling which helps in “diverting 1 million tons of recyclable material from landfill and eliminating the equivalent of 2 million metric tons of carbon dioxide,” over the next 10 years, the company notes in its press release.

Secondly, over the next 18 months, Amazon plans to deploy rooftop solar panel systems on 10 of its European fulfillment centers in London. These solar systems, the company notes, will be able to power the equivalent of 4500 U.K. homes. Amazon has also committed to power its U.K. buildings with 100% renewable energy and will install battery systems in its fulfillment centers to manage high energy demands.