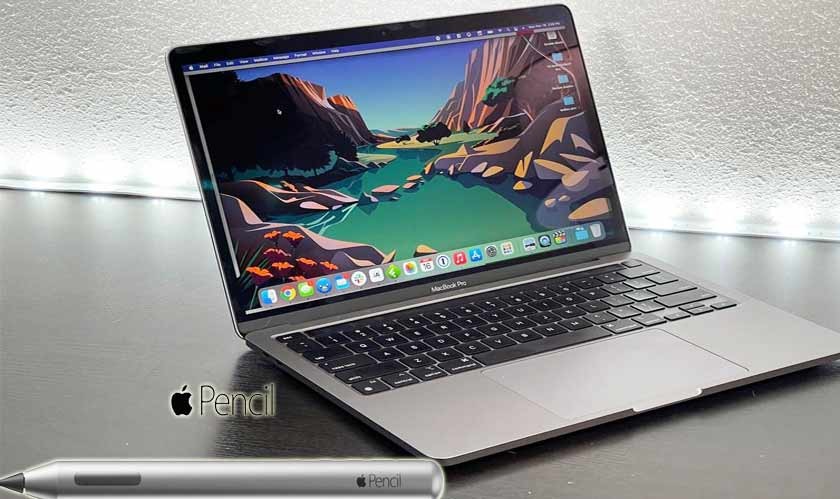 There would be a high-end lighting system is built-into the retainer and the Apple Pencil, wherein the Pencil can replace the top F-key row with the "functional key symbols illuminated on Apple Pencil with full functionality."

A patent filed by Apple suggests that MacBooks could come with an Apple Pencil with a compartment to store it above the keyboard. The new concept design replaces the large touch bar, to shrink it to house the Apple Pencil, which looks aesthetically beautiful and productive. Designer SarangSheth via YankoDesign, shared a few concept images of how the new design could look like when implemented in a MacBook Pro.

Patently Apple first reported on the patent filed by Apple with the US Patent and Trademark Office. It said that the "invention relates to incorporating an Apple Pencil that is removably mounted to a MacBook keyboard." The patent also said that there would be a high-end lighting system is built-into the retainer and the Apple Pencil, where in the Pencil can replace the top F-key row with the "functional key symbols illuminated on Apple Pencil with full functionality."

The new design gives us a rough idea of how the design could look like if and when it is finally implemented. However, it has not been yet confirmed by Apple and is not official. We may see the actual implementation with a slight difference, or maybe it doesn't get implemented at all.

Even if the concept design comes to the Macbooks, it could take a long time. Apple recently included mini-LED display panels on the MacBook Pro. However, there are no reports if Apple plans to add touch-screen capabilities to the MacBooks anytime soon.