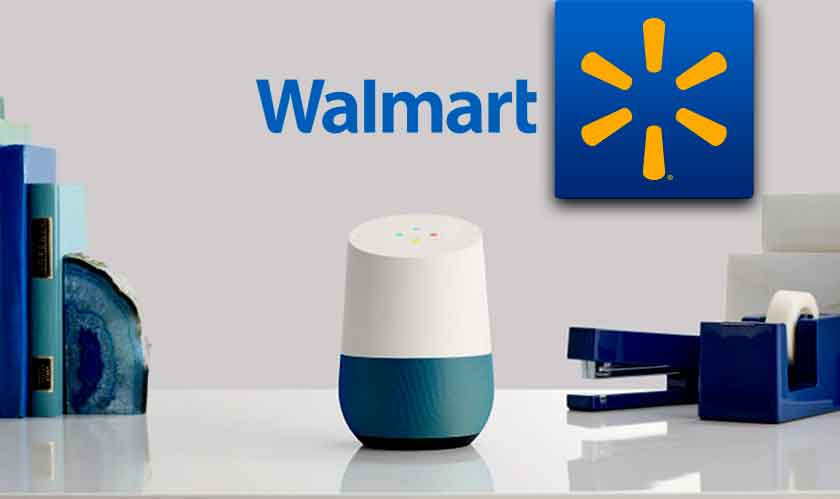 Walmart and Google have announced a new partnership. This enables users to shop on Walmart using Google Assistant that works on smart devices and smart speaker, like Google Home. Could this be a new way for Walmart to take down its competitor, Amazon? Maybe, maybe.

Going into the details, the users can specifically make use of Walmart’s Easy Recorder feature. This feature is enabled through Google’s shopping service called Google Express. So basically, the consumers can simply speak the list of things they wish to shop and buy from the endless list of Walmart’s products.

In addition to this, Google Express will be removing its membership fees and instead offer free delivery service across retailers in one to three days, only when customers orders are above the minimum order requirement. This is indeed a big move as currently Google Express is delivering from many big retailers like Target, Costco, Staples, Bed Bath & Beyond and more, spread across many verticals in apparels, home goods, hardware, health and personal goods and others.

Brian Elliott, General Manager at Google Express said, “The membership was getting in the way in terms of the amount of friction in the experience. If you’re on a mobile device, it’s easy enough to explain you can either pay $4.99 to get this stuff delivered, or you can buy a membership.”

Until now, Walmart was not a part of Google Express. The retail giant was handling its own shipping and ecommerce. But with the new partnership with Google Assistant, Walmart opened its doors to a whole new dimension: voice computing. Apart from Google Home, only Amazon’s Alexa is powered to handle voice computed shopping. Walmart has now leveled a new play field and is all set to race against Amazon.