Pizzas from the sky; Domino's and Flirtey team up to deliver Pizzas 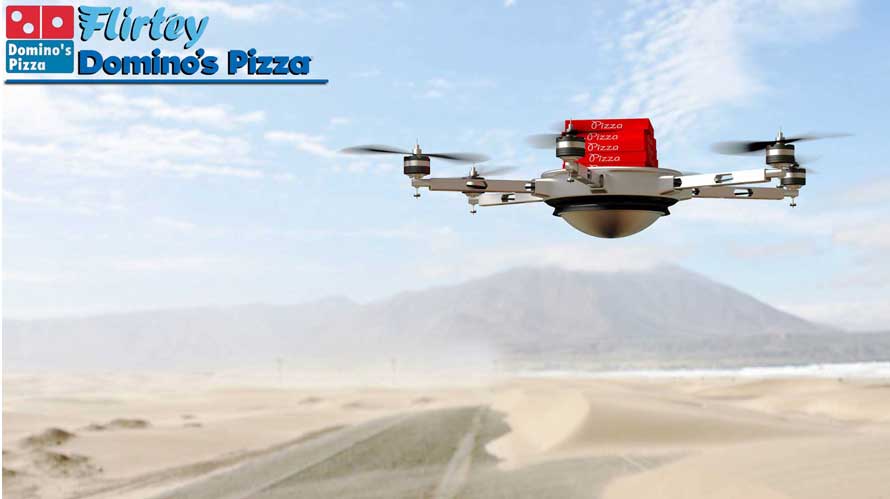 Drone delivery is the new in-thing. And no doubt Amazon is ruling with drone deliveries. It even has a patent in its name now. But other firms are also trying to make a mark. Reno-based company Flirtey is one among many. Flirtey showed off its drone delivered chicken sandwich, doughnuts, hot coffee and cold Slurpee drinks from 7-eleven to its test customer.

And now, it’s going to start raining pizzas. That’s right! Domino’s and Flirtey have come together to drone deliver pizzas to your doorstep. It was experimented in New Zealand and it got the head of the transport minister nodding in approval. Theoretically, they can deliver pizzas to your doorstep within 30 minutes or less. Both Domino’s and Flirtey are pushing the frontier for fast food delivery.

Drone delivery is expected to become a big deal in the years to come as the aviation agencies adjust the regulatory environment to accommodate flying robots. With the new U.S. drone regulations taking effect on 29th of August, Flirtey is compelling to drone deliver jointly with its partners. Last year, Flirtey became the first FAA-sanctioned drone delivery agency. And this year it made its first urban delivery along with first ship-to-shore delivery.

Considering how drone delivery is making its way into how things are going to be shipped, soon there will be many changes in the way we receive our products. Humanitarian aids are making huge progress with Zipline delivering blood packets through drones in remoteness of Rwanda in Africa. And soon there will be much more in store.