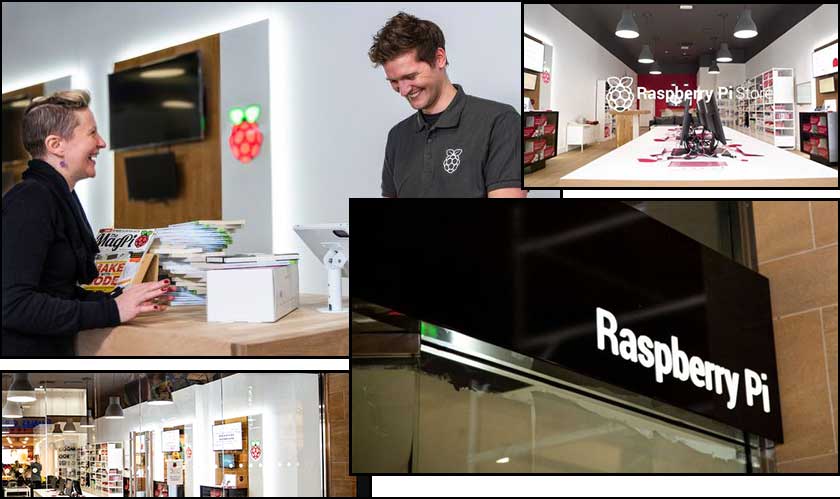 Raspberry Pi has got its first dedicated retail store. The physical a store has come up in Cambridge, UK. Earlier, Raspberry Pi was something that was accessible mostly online. The physical store in such a scenario is a welcome change.

The retail store is offering, Raspberry Pi 3 Model B+, at only $35 and some energy-efficient models that cost less than $10. But the store doesn’t just offer rows and rows of Raspberry Pi’s in boxes; instead, the store has computers set up so that the customers can test the products on offer by themselves. Moreover, the company is offering books, mugs, teddy bears and other exclusive merchandise at the store. The store has an inviting appeal to it, which will definitely help the Raspberry Pi win over some new customers.

Raspberry Pi has captured the imagination of many tech enthusiasts with its tiny credit-card sized contraption which can be used to make fully functional PCs or machines for a connected home. Raspberry Pi Foundation seems to be changing direction to attract a different kind of audience than what it is accustomed to. It is likely that you may come across Raspberry Pi’s outlets in malls soon if the store proves to be a success.