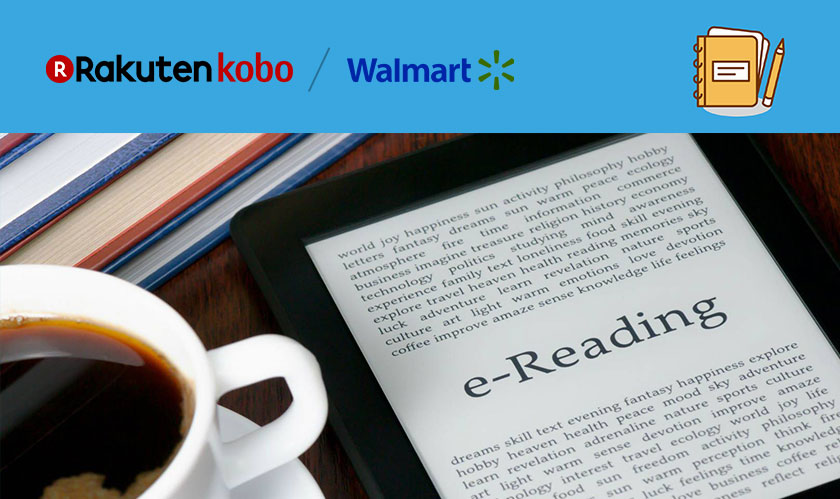 Walmart in partnership with the popular E-commerce Company, Rakuten Kobo, launches a new eBooks store called Walmart eBooks. The new service brings eBooks to its Walmart customers via the stores and online as well. Walmart eBooks by partnering with Kobo can boast about pulling a strong library with at least 6 million titles.

The new store offers its customers an introductory package which can be subscribed at $9.99 per month. On top of that, the Walmart and Kobo co-branded apps are also launching on Android and iOS, which otherwise means that you can access titles without a physical Kobo e-reader.

Talking about the retail giant’s strong customer base, Michael Tamblyn, President and CEO of Rakuten Kobo said, “We’re excited to partner with Walmart as we grow in the U.S. market. Together, we can provide a great reading experience, whether that’s print, digital or both.”

While Walmart takes a hit at Amazon’s Kindle, by offering similar gifts, the question here is whether any of this will be enough to outshine Amazon. However, Walmart’s decision to launch itself into the eBook market in conjunction with Kobo – rather than on its own – has already won the latter’s already established a customer base.

Amazon and Walmart, which have had different customer bases, have now begun to lock horns with each other by providing similar solutions. While Walmart decides to take over Amazon’s Kindle – which controls more than 80% of the U.S. population, Amazon moves offline into groceries through its Whole Foods acquisition.