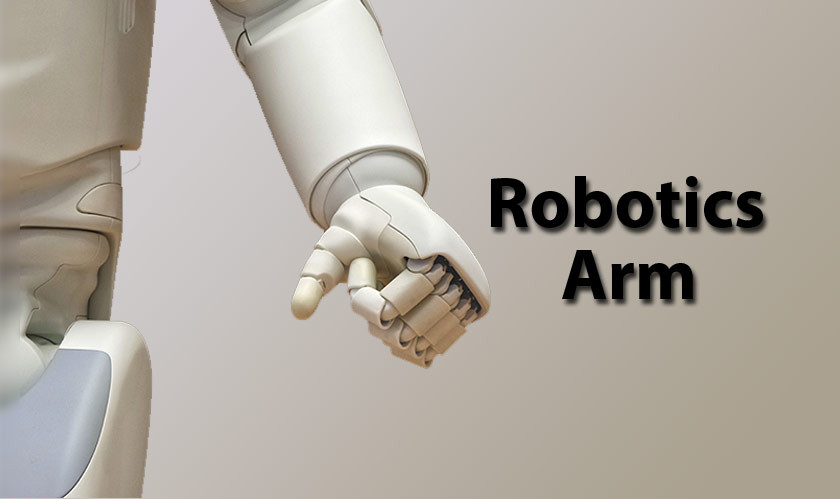 What is a Robotic Arm?

It is an autonomous machine set that can run operations precisely in an industrial setup without exhaustion. The difference between the robotic arm and the generalized robotic operations is how the robotic arm is purposely designed to work in the industry for a myriad elaborated function.

It can increase automation in all setups that it is provided with and run without showing failures. The robotic arm is a new technology that is gaining preference thanks to the way it can lower operating costs for major industries and factories.

What is Robotic Arm Used For?

All major hospitals have eradicated human power from performing any packaging, lifting, and designing of important medical goods. The robotic arms in the hospital can combine all the above functions and carry it out in a short period.

In the manufacturing industrial process, the robotic arm is used to provide for instance precision in the arc welding and generation of spots for finished parts. On the other hand, the robotic arms is used by the automobile industry in moving heavy machine parts from the rails to the storage area.

If precision in the design of any vehicle parts is required then the robotic arm can precisely provide design elements to the above procedures. Robotic arms have on other occasions been used in setting up space satellites because of their effectiveness and ability to work in an environment where it was deemed difficult for man.

Imagine a human being performing space tasks such as rectifying faults in the space shuttles after a successful landing. Human beings have to work under monitored surveillance compared to robotic arms because single errors committed on the human part can be detrimental.

NASA space shuttle is adopting a focused robotic arm approach to assist in the whole process of space movements of monitoring, surveilling, and observing the various space conditions. Robotic arms are arguably the leading innovation of the 21st century given their ability to elongate and turn in any manner.

Before the invention of the robotic arm, astronauts faced a lot of problems and challenges that were difficult to be accomplished of the risk involved when in space.

The recent rover robot that was sent to Mars has a 60% robotic arm thus solidifying the crucial role robotic arm is playing in space exploration. The rover uses the robotic arm to pick up identified ground samples from mars and store them to be returned to planet earth.

Given the crucial role the robotic arm is playing, research and designs are being directed at finding innovations to supplement its functionalities. For example, the future robotic arm has been thought to contain the directing component which would allow the robotic arm to be separated from the other ordinary robots.

Because they come in all sizes robotic arms can be scaled up or down depending on the task at hand. Future projections suggest an approach of using only one robotic arm in the industry that can adjust itself accordingly to help save the situation of having to buy numerous robotic arms. This design projection is set to improve and enhance the various industries in a great way.

Although the robotic arm has gained preference, it is worth noting that for it to perform all intended operations successfully then it has to be positioned in the right location.

This allows the robotic arm to move freely without the obstruction of unforeseen elements such as machines and walls. Also, the back end has to be monitored for feasibility once in a while to access its efficacy.