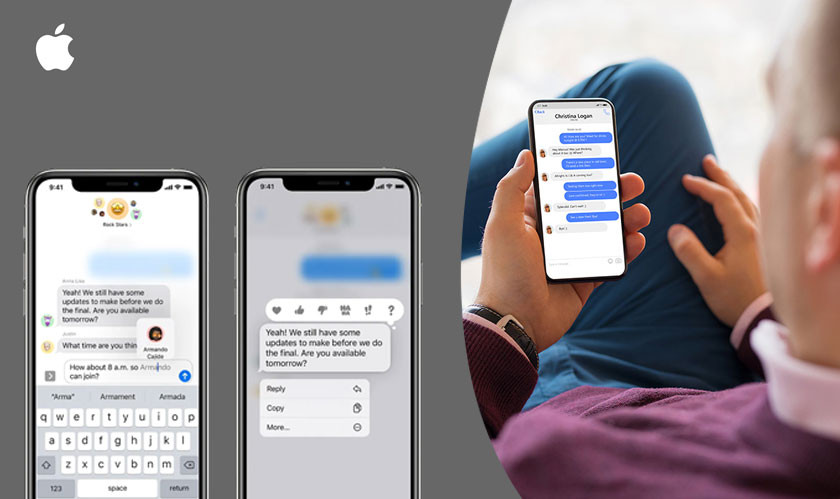 iMessage is a messaging service by Apple, only available to iOS devices, and is very well known for its features and security. Last year, iOS 14 was announced with some great new features for iMessage, including more options for group conversations, inline replies, and more. Now Apple has adopted a new security system called “BlastDoor,” which is a sandbox mode that protects the Messages app from the rest of iOS.

The new security feature of iOS 14 was discovered by Samuel Groß, a security researcher working with Google’s Project Zero. According to him, all iOS apps already work in sandbox mode by default, but BlastDoor adds an extra layer of protection to iMessage.“Overall, these changes are probably very close to the best that could’ve been done, given the need for backward compatibility, and they should have a significant impact on the security of iMessage and the platform as a whole. It is great to see Apple putting aside the resources for these kinds of large refactorings to improve end-users’ security,” said Groß.

For a long time, iMessage has been the target of multiple attacks, and several researchers have pointed out thevulnerabilities.Some exploits allowed hackers to take control over an iPhone by just sending a text message or photo to the device. However, Apple has finally decided to listen to feedback from the community to improve the iMessage security, which has resulted in BlastDoor being implemented with iOS 14.