Cray to build El Capitan supercomputer for the US 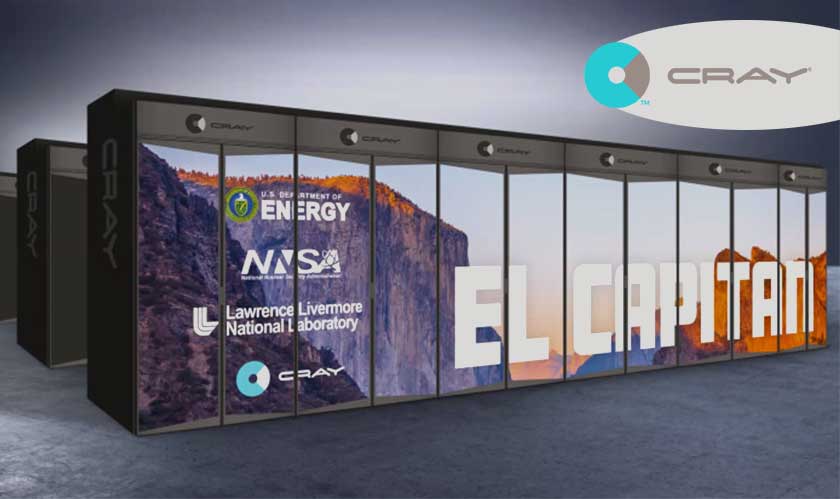 The Lawrence Livermore National Laboratory (LLNL), the Department of Energy (DOE) and National Nuclear Security Administration (NNSA) have jointly announced that they have commissioned Cray Inc. to build NNSA’s first exascale supercomputer. The worth of the contract is said to be $600 million.

The supercomputer is being named El Capitan. It will have a peak performance that will top 1.5 exaflops (1.5 quintillion calculations per second). El Capitan will be expected to run national nuclear security applications at more than 50x speed of LLNL’s Sequoia system.

At its peak performance, El Capitan will be the world’s second most powerful supercomputer which will run 10 times faster than LLNL’s Sierra system. The supercomputer will also be four times more energy-efficient than Sierra. The anticipated delivery of El Capitan is 2022.

“The Department of Energy is the world leader in supercomputing and El Capitan is a critical addition to our next-generation systems,” said U.S. Energy Secretary Rick Perry. “El Capitan’s advanced capabilities for modeling, simulation and artificial intelligence will help push America’s competitive edge in energy and national security, allow us to ask tougher questions, solve greater challenges and develop better solutions for generations to come.”