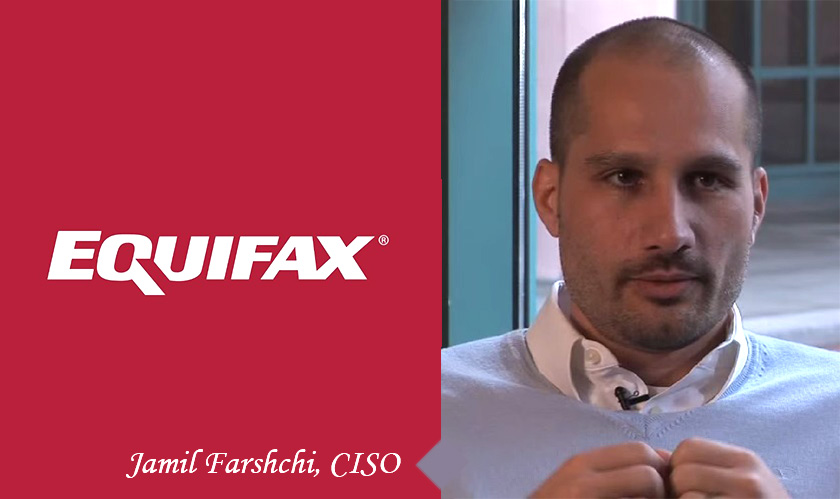 Equifax Inc. is a consumer credit reporting agency. It collects and aggregates information on over 800 million individual consumers and more than 88 million businesses worldwide.

On the interim basis Jamil will report to Paulino do Rego Barros Jr who is the firm’s chief executive who is currently holding that position. Equifax divulged that the information for 145.5 million Americans had to be compromised because the company was breached.

“Equifax is a company with tremendous potential, and I am confident that we will transform our security program into one of the most advanced and recognized globally,” said Mr. Farshchi in the statement announcing his appointment.

Mr. Farshchi worked at Home Depot as CISO in 2015 for several months but then the firm had to face breach in payment systems which ultimately resulted in stolen email and revelation of credit card information which had a great impact to millions of customers.

Before Home Depot he worked at Time Warner as vice president of global information security and also at card network Visa where he was responsible for mobile security and big data as mentioned by Equifax.