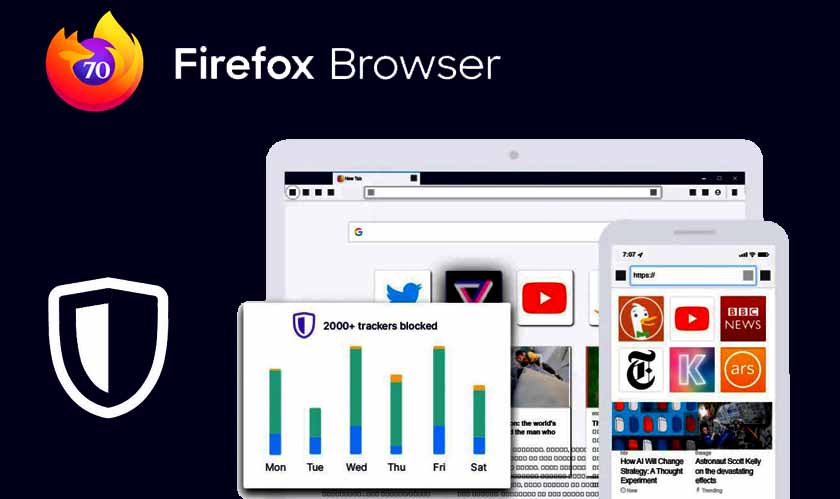 Mozilla is taking privacy very seriously and it is continuing its efforts to provide users with an ad-free world. The latest updates involve an Enhanced Tracking Protection feature for Firefox. The company claims it has blocked more than 450 billion third-party tracking requests from various companies who are trying to track the users’ web activity.

The browser provides privacy protection by default in the settings and if you’re not satisfied, it is also possible to set a stricter default which may result in occasional site breaks.

Mozilla has placed the shield icon near the URL bar which provides details about the current site and also provides a link for the privacy report.

The report covers limited content and displays data for just a week. Also, the data doesn’t sync between machines and it doesn’t reveal which companies are trying to track you.

Mozilla has included a Firefox Monitor that alerts a user when his/her email account appears in a breach. Also, Lockwise, the password management and syncing service, gets an update and now has a password generator.

Mozilla’s plan to differentiate itself as a privacy browser is noteworthy because the privacy space is somewhat unreachable for Google Chrome as its revenues are mainly generated through ads whereas Mozilla has no such issues and can opt for stricter security policies.