30 years of imprisonment for Huawei CFO, if found guilty

30 years of imprisonment for Huawei CFO, if found guilty 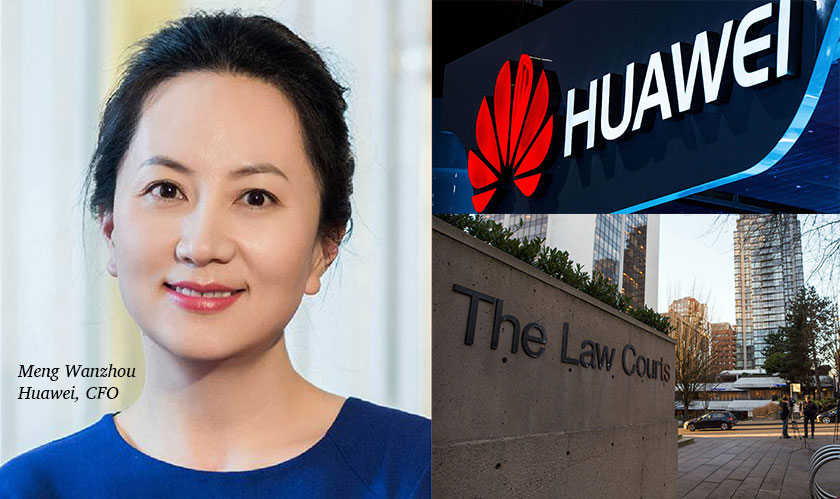 Huawei’s CFO Meng Wanzhou who was arrested in Vancouver, Canada is accused of fraud with a maximum penalty of 30 years in prison. The CFO was arrested for covering up violations of sanctions on Iran, according to Canadian prosecutors. The U.S. issued a warrant for Meng's arrest on August 22.

The US Department of Justice alleges that Meng allowed its unofficial subsidiary and Hong Kong-based SkyCom Tech to do business with Iran, violating U.S. sanctions against the country. Following the arrest, Meng filed a bail plea arguing that the alleged subsidiary SkyCom Tech is a separate company. The Canadian Justice Department, however, denied Meng’s bail plea, claiming she has the incentive to flee Canada. The bail hearing will resume Monday.

In a statement after Friday's hearing in Canada, Huawei said: "We will continue to follow the bail hearing on Monday. We have every confidence that the Canadian and the U.S. legal systems will reach the right conclusion."

The U.S. has long viewed Huawei and its close ties to the Chinese government as a threat to national security. Larry Kudlow, the Director of the White House’s National Economic Council said, “We’ve warned them for quite some time of violating the Iranian sanctions… it runs against our policy, why shouldn’t we enforce that.”

Meng was detained by Canadian authorities on behalf of the U.S. when she was transferring flights in Canada. For now, the Huawei executive will remain in Canada, and the U.S. Justice Department will have 60 days to request her extradition, which would have to be approved by the Canadian court.