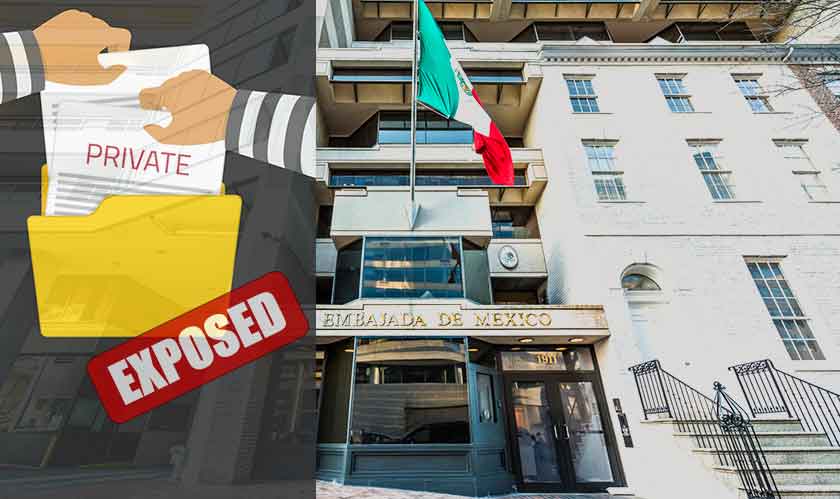 A hacker exposed thousands of sensitive Mexican embassy documents online. The hacker had apparently found a vulnerable server and warned the embassy of this. But upon not receiving a response from the embassy he chose to download the documents and posted them online.

Over 4,800 documents were stolen by the hacker. The data stolen consisted of information from the Mexican embassy in the Guatemalan capital. Among the stolen data were highly sensitive identity documents of mainly Mexican citizen and diplomats. This included scans of passports, visas, birth certificates and much more. Documents also contained some scans of the front and back of payment cards. Letter granting diplomatic rights, privileges, and immunities to embassy staff were also found to be amongst the stolen data. There were also some documents marked “confidential.”

The hacker responsible for this goes by the online handle @0x55Taylor. He had posted a link to the data earlier this week on his Twitter account. The data is no longer available as the cloud host pulled the data offline. But the hacker shared some of the documents with a news agency to reveal the nature of data he had exposed.

Mexico is yet to make any public announcements regarding the cybersecurity compromise and the leak.