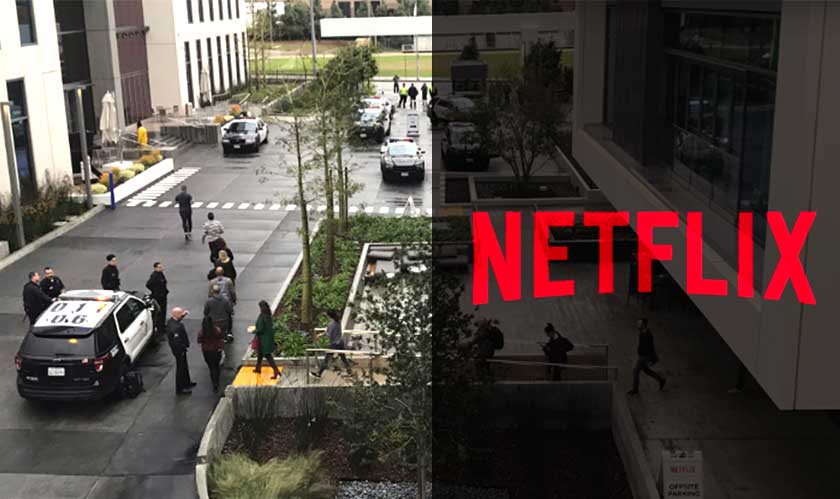 The Netflix studio in Los Angeles had quite a dramatic day after alerts poured in about a possible active shooter. The Sunset Bronson Studios, where Netflix shares with CBS and a local news channel KTLA, went to a complete building lockdown.

However, there was never really a gunman in the first place, notes the Los Angeles Police Department. It all started when a local resident called LAPD with a threat around 15:53 hours PT. Immediately, the police forces rushed to the studio building and locked it down. They took the suspect- who didn’t have a gun to another location and released the lockdown.

About two hours later, Netflix released a statement saying: “We’ve now received an all clear from the LAPD. There was never an individual with a firearm on the property.” However, those two hours in the lockdown were quite terrifying to the people there. Jenna Marotta, a Netflix communication manager explained the situation saying: “Netflix’s LA campus is on lockdown for a possible shooter. Helicopters overhead, police everywhere here. Roads closed. Employees were evacuated from one building to another.”

Last year, YouTube faced a more terrifying situation where a YouTuber openly fired at the headquarters. The suspect in today’s incident seems to be an employee at Netflix. Security measures have since then increased and Netflix also assured that “there is no immediate danger or threat to our employees.”

Facebook’s Libra Not a Threat In Short Term:Jamie Dimon